Even if President Obama adopts a stronger-arm approach to domestic politics and demands legislative efficiency, the conflicts will simmer regardless, boiling over in some form or other by 2016.

The Republican primaries season has been one of the nastiest in GOP political history: millions have been spent on smear campaigns and vitriolic slander. Candidates trying to conform to some model of the ideal socially conservative nominee have risen and fallen, muck slung in all directions, while (comparatively) moderate Mitt Romney has hovered uncertainly as the man set to inherit the thankless task of leading a deeply divided party through the 2012 election.

The Republican Party has been radicalised by a decade of war begun by its own George W. Bush, and maintained (arguably even escalated) under the incumbent Obama. The financial crisis has also contributed to the tribalism of the GOP, a factionalism which is symbolised by the emergence of the Tea Party. Moderation and bipartisanship – something for which the Senate in particular is historically renowned – has drifted to the periphery of the party. On 29 February, Olympia Snowe, a Republican Senator for Maine considered to be exemplary in these disappearing traits, announced that she would not run for re-election.

The departure of Snowe; the savage internal machinations of the GOP presidential candidates; the legislative paralysis which divisions over the economy have instilled in Congress – all of these factors indicate that US politics is reaching a critical juncture likely to crescendo gradually before the 2016 election, regardless of who wins in 2012.

The paralysis gripping Congress is both a consequence and cause of cross-party, as well as internal party divisions. The Republicans are at odds with both the Democrats and each other over social questions, the environment, varying degrees of libertarianism (and state regulation), and attitudes towards big business. The debate has become an ideological one at nearly every level. Similarly, the Democrats are hardly a natural union of members – President Obama may unify them against the common Republican enemy, but in a divisive climate of growingDemocrats inequality the party’s hodgepodge centre-left wing finds its idealism at odds with centre-right moderates willing to cut deals so as to maintain the status quo.

The parties therefore find themselves at odds with the system. They are unified bodies only in name and can no longer optimally function within the system. But is this a problem with the parties or the system itself? The US political system, after all, was not built to accommodate significant ideological divide because the Founding Fathers grounded the state in principles theoretically shared at the outset by all citizens, unlike Europe for example, the character of which has been thrashed out by ideological dispute. The Constitution enumerated the powers of Congress so that consensus would be built by minorities rather than imposed by a majority.

If the US electorate no longer share the same principles then it is questionable as to whether the political system is sustainable in its current form. Filibustering is no longer an opportunity to temporarily flag up and resolve various legislative issues but a partisan means to paralyse debate and therefore legislative progress altogether. Special session similarly becomes an additional partisan means of political bruising rather than a way of informally working towards genuine legislative compromise.

These problems exist both at federal and state levels. Most recently, Democrats in the Virginia and Indiana General Assemblies froze contested legislation through a series of walkouts and protest votes. In the Washington General Assembly, Republicans have adopted similar tactics, which have at points challenged the law. In February 2011, Wisconsin Democratic Senators left the state to protest anti-union legislation, and were ultimately threatened with arrest and interstate extradition if they did not return. The losers in these increasingly common disputes are the electorate, especially the forty percent who represent swing voters – an electoral demographic characterised by deepening disillusionment with not only politicians[1] but the system itself.

The political landscape in the US is thus shifting, and the contradictions within the system are coming visibly to the fore. However, in the next few years it is more likely that the parties are going to change rather than the system itself, although comprehensive reform may become inevitable in the long-term. There are four reasons for this.

First, the system is not likely to change soon because this systematic political polarisation is a relatively new phenomenon. The electorate still think that the problem is with the parties rather than the ground rules of the Constitution. Secondly, the parties must first change before there is the political will to change the system. At present, when they are too divided to pass even national transportation legislation (historically, a point of cross-party consensus), it is unimaginable that the parties could instigate such reform. Third, there are time constraints: since the internal party conflicts will probably culminate around the time of the 2016 election, it is worth noting that four years is not a particularly long time in the grand scheme of things. Francis Fukuyama wrote that political institutions are inherently conservative and resistant to change, and thus take considerable time to adapt to the ever-changing public mood. Eventually, they will – if not, they will decay[2]. As such, a restructuring of the party political landscape will occur first, with the departure of President Obama – the great unifier – likely precipitating the advent of this messy change.

Finally, it has happened before: namely, between the 1852 and 1856 elections, to the Whig Party. Bitterly divided over the socio-economic issue of slavery and the politico-economic issue of territorial expansion, the Whig Party became the arbiter of its own downfall, the factions within it acting as distinct parties under the same nominal umbrella to the point where all political capital and will had been drained from the party. Members quit from 1852 onwards, joining or forming new parties (notably the newly formed Republican Party), leaving behind a party which was a hollow shell by 1856 and thereafter dissipated. The party system was left structurally intact but with new constituencies emerging as voters matched their beliefs with the new parties.

It is notable that this socio-political realignment dovetailed with the social upheaval brought on by the industrialisation of the northern states and the subsequent unionisation of the working classes, which gained traction before the Civil War and developed further in the Reconstruction period thereafter. In the same vein, the period leading up to the financial crisis and the recession thereafter – coupled with gradual deindustrialisation – caused social upheaval which is illustrated by the current income inequality and unemployment levels – at their highest ↑ since the Great Depression.

That aside, whether it will be the Republicans or Democrats who split internally is a matter for debate. The GOP may seem more critically divided in the short-term, but the wallpaper covering the cracks in the Democrat Party may peel quickly when President Obama and his administration depart. Which party collapses is fundamentally irrelevant; the metamorphosis will occur regardless and inevitably affect voter distribution in both parties’ bases.

What is also assured is that the conflicts will not fully culminate before 2016 since the likelihood of President Obama’s re-election is high. The Republican Party is so split that its electoral prospects look increasingly dim. Now that Rick Santorum has dropped out of the presidential primaries the party has called on social conservatives to rally behind the de facto nominee Mitt Romney but this will not be enough. Romney personifies the split in the party and will struggle to satisfy ideological voters whilst appealing to moderates and swing voters, and vice versa. As such, it is unlikely that Romney will be able to convince the electorate that he can marshal his conflicted party to provide a solution to the nation’s economic ills superior to the President’s. As the current administration accumulates political capital through steady if slow economic progress and a drift towards progressive protectionism – all underpinned by populist albeit mature rhetoric – the prospects of a Romney-led GOP administration increasingly resemble those of the flip-flopper John Kerry in 2004.

However, the partisan division and congressional paralysis will remain, since it is unlikely that the Democrats will command absolute majorities in both the House of Representatives and the Senate. Even if President Obama adopts a stronger-arm approach to domestic politics and demands legislative efficiency, the conflicts will simmer regardless, boiling over in some form or other by 2016.

The political system will prove its durability by whether it can accommodate itself to the change in the party political landscape. It is unlikely that it will be able to do so in the long-term given the fact that US society (and by proxy, its politics) is undergoing something rare in its history: the process of ideological delineation. Where before, all parties sat in the relative centre and inclined towards certain ideological positions, now they sit on top of those positions and occasionally lean towards the centre in an effort to squeeze out legislative compromise. This is a profound change and will ensure radical reform of the US political system in the long-term.
http://www.opendemocracy.net/marcus-how/us-congressional-paralysis 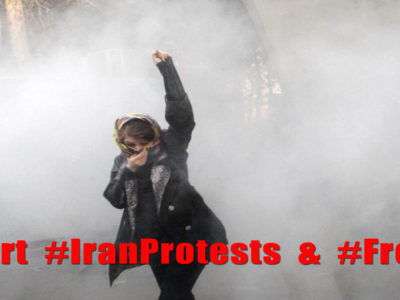