WASHINGTON, Feb. 26, 2014, OIAC – Top American supporters of the Iranian resistance are growing increasingly critical of the Obama administration for failing to keep a U.S. promise to protect more than 3,000 Iranian dissidents in an overcrowded refugee camp in Iraq, where they have been under repeated deadly attacks by Iraqi gunmen.

“It was a deal. It was a bargain, and the United States has never lived up to that bargain,” Ed Rendell, a former chairman of the Democratic Party, told a weekend forum of Iranian-Americans at the Los Angeles Convention Center on February 22.

The Iranian dissidents handed over their weapons to U.S. forces voluntarily in 2003 in exchange for a U.S. pledge to treat them as protected persons under the Geneva Conventions. But in 2009, the Obama administration turned that responsibility over to the Iraqi government, which later launched three lethal attacks against the dissidents in Camp Ashraf, their home of 27 years north of Baghdad, and facilitated four more missile attacks on Camp Liberty, near Baghdad International Airport, where the nearly 3,000 dissidents now reside.

Mr. Rendell also denounced the United Nations for failing to open an independent investigation into the attacks and relying on the Iraqi government to conduct its own probe into the killings.

“That’s like asking Al Capone to investigate the St. Valentine’s Day murders,” he said, referring to the infamous gangland killings in Chicago in 1929.

Patrick Kennedy, a former Democratic congressman from Rhode Island, declared that U.S. policy toward Iran “must change, and it must change now.”

He called the dissidents “courageous” and denounced Iran’s brutal and intolerant theocratic regime.

“It tortures and imprisons and represses all of its 78 million people. … It is also the central banker and chief arms dealer for every major terrorist organization around the world. … Tehran supports the two most violent regimes in the Middle East: Syria’s Bashar Assad and Iraq’s Nouri al-Maliki. This … is an example of them supporting international war criminals,” said Mr. Kennedy, the nephew of U.S. President John F. Kennedy and son of the late Sen. Edward M. Kennedy of Massachusetts.
Tom Ridge, Homeland Security Secretary under President George W. Bush, also criticized the administration for “empty words” and “unfulfilled promises.”

“I take it personally — as a former soldier, former public servant and now as a private citizen — that my country has not kept its word,” he said.

Newt Gingrich, a Republican and former speaker of the House of Representatives, dismissed the current nuclear negotiations with Iran and criticized the State Department for claiming that the talks are going well, despite comments from Iran’s Supreme Leader Ayatollah Ali Khamenei that the talks are useless.

“After the administration is done dancing, after the last great effort to schmooze and talk and posture, there will be a document. It will be pathetic,” Mr. Gingrich predicted. “There will either be no agreement or an agreement so bad that not even the New York Times will be able to support it.”

A speaker who expressed the most remorse for the plight of the dissidents in Iraq was a man who had a direct hand in persuading them to leave Camp Ashraf and relocate to a much smaller, dilapidated, and insecure Camp Liberty in Baghdad.

Retired Lt. Col. Leo McCloskey said he and his officers believed promises by Iraqi officials that they would protect the dissidents from Iranian retribution and help relocate the dissidents to safe countries.

“My heart is heavy with sadness for what has been done to these unarmed and defenseless people,” he said.

“The world is silent to their plight. They die by clubs, bullets, rockets and lack of medical care. They were once freedom fighters who desired one thing: freedom from the oppression in their homeland, Iran.”

“We see Rouhani for what he is; a demagogue, and a murderous mullah. He has boasted as much about suppressing the university students as about cheating the west, and we are not going to be fooled,” emphasized Nasser Sharif, President of California Society for Democracy in Iran, which organized the symposium.

In sharing that view, Ross Amin, Vice President of the Organization of Iranian-American Communities (OIAC.ORG), added, “The international community, in particular the United States, must keep its vigilance and act firmly. The only acceptable result of the nuclear negotiations must be the complete dismantling of the nuclear weapons program and the IAEA’s snap inspections of all of the suspected sites.” 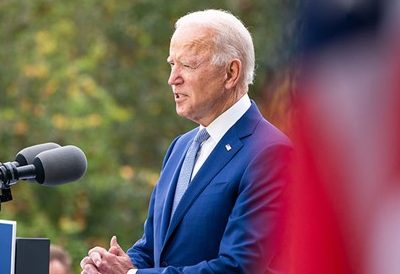