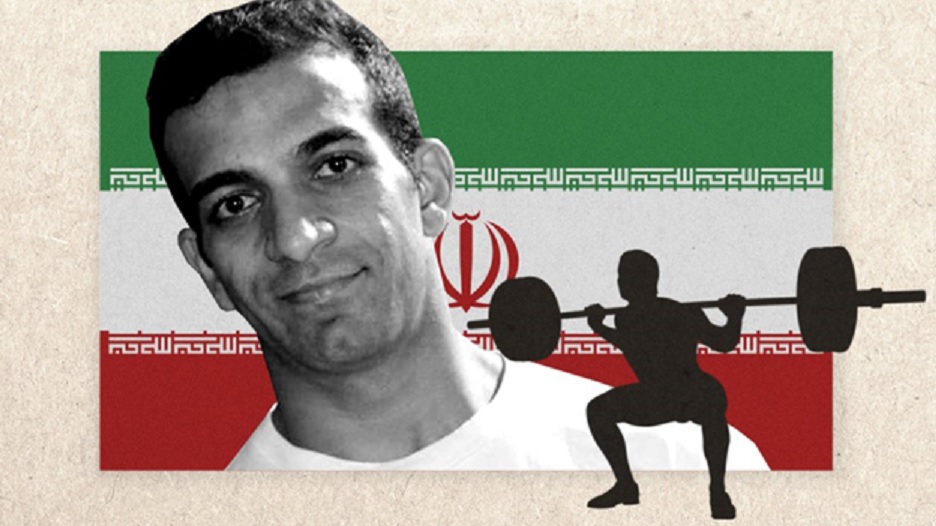 Athletes who are good enough to compete in the world championships are among the very best in their field. They dedicate their lives to the pursuit of their craft, they are proud to represent their countries, and they all dream of returning home with medals around their necks.

But at the IPF World Powerlifting Championships held in November, one athlete wasn’t competing for glory; Iranian Amir Assadollahzadeh says he found himself quite literally running for his life.

The 31-year-old Iranian lifter told CNN that in the middle of the tournament, he felt compelled to abandon his team and flee from his teammates.

He had agonized over a decision that would forever change his life, but at around 3.30 a.m., he had made up his mind and slipped out of his hotel in the Norwegian city of Stavanger, on the North Sea Coast.

“I took what I needed for my journey and left,” Assadollahzadeh recalled. “I quickly ran towards the bus station, but I arrived five minutes too late. It was very dark, and I was very stressed.”

As he waited, he was constantly re-evaluating his decision, and paranoia was also now creeping in; should anybody come looking for him, he felt exposed and vulnerable.

“I had no choice,” he explained, “I tried to run the street directly in front of the hotel at full speed until I finally reached a gas station with a store right next to it. I asked the man working there to get me a taxi.”

Using his cell phone, Assadollahzadeh had planned out his journey to Norway’s capital, Oslo, but already he was having to think on the fly. He took a cab to the next city and waited for several hours to catch the bus to Oslo.

But he couldn’t shake the fear that he was being tracked. “I was very stressed and very worried that they might find me,” he said, “At one of the stops, I got off the bus and threw my phone in the water.”

Eventually, he arrived in the capital, but despite having put nearly 200 miles between himself and his team, he was horrified to see one of his fellow athletes at the train station in Oslo. Fearing that he was being pursued, Assadollahzadeh took flight again.

“It was then that I ran for three kilometers in the middle of the cold night and escaped.”

Assadollahzadeh says that if he had been forced to return to Iran, “I am 100% sure that I will face jail, torture and maybe even worse than that — execution.”

Assadollahzadeh says he may never see his family again.

‘Your life may also be in danger’

Assadollahzadeh has enjoyed a storied career as a powerlifter. He’s been competing for 18 years, and in his 11 years with the Iranian national team, he’s captured four Asian Championship titles. He’s also a referee and a trainer and is no stranger to the sport’s biggest events.

Earlier in 2021, though, his relationship with the national team began to sour. Assadollahzadeh won a bronze medal at the World Club League Championship, and he dedicated it to the healthcare professionals who’d been battling the Covid-19 pandemic back home.

Such a charitable gesture would have been applauded in almost any other setting, but instead, he was asked why he hadn’t dedicated his medal to Qasem Soleimani, the late military officer who was killed in a US airstrike in 2020.

At the time of his death, Soleimani was the commander of the infamous clandestine Quds Force and considered by many analysts to be the right-hand man of Iran’s Supreme Leader Ayatollah Ali Khamenei.

Both Soleimani and Assadolazadeh hail from the same province in Iran, and his dedication to the healthcare workers was regarded as a snub of Soleimani’s memory.

So, by the time of the IPF World Championships in November, Assadolahzadeh says he was informed by senior team officials that he was expected to redeem himself by taking an image of Soleimani into the competition arena.

According to Assadolahzadeh, the vice president of the federation, who was with the Iranian team, demanded that he wear a T-shirt which boldly featured a picture of Soleimani.

Assadollahzadeh says he was able to retrieve the T-shirt when he fled the hotel and he held it up in front of the camera during the interview. He says he was pressured repeatedly by the vice president and team manager to wear it.

“And you will be treated like someone who is against the regime and someone who has refused to work with us. Your life may also be in danger.”

Assadollahzadeh says he tried to explain to his superiors that competition rules prevented him from wearing anything with a picture or logo and that doing so would ensure his expulsion from the competition. In any case, he added that he was averse to mixing politics with sport.

Recounting his previous triumphs, Assadollahzadeh told CNN: “In these years that I have been an athlete I never had the intention to get involved in political issues, because I am an athlete and I have spent years of my life so that I can bring honor to myself, my people and my country.”

Instead of resting in the hotel the night before his competition, Assadollahzadeh says he couldn’t even sleep because he was wrestling with decisions that would be life-changing, and none of the outcomes were good.

The next day, his performance was so poor that it still bothered him even weeks after his life had been upended, and the pressure upon him was relentless.

Assadollahzadeh says he was once again confronted by the team manager and one of the sports security officials and given one final chance to comply.

He says he was informed, “You will either wear the T-shirt on the stage, so that we can take pictures and videos and send them to Iran, or we will definitely take legal action against you upon your return to Iran.”

He felt that his only realistic option now was to quit the team, flee the hotel, seek asylum abroad and risk never seeing any of his family ever again.

Assadollahzadeh had good reason to be concerned.

In 2018, the Iranian water polo player Amir Dehdari refused to meet with the Supreme Leader of the Islamic Republic. He says he was arrested and flogged for his defiance. Video that he took after the event shows his back and legs almost totally covered in horizontal red marks.

He now lives in exile in Belgium, but Dehdari didn’t speak about his torture for two years. He only came forward upon joining the United for Navid campaign, an advocacy group established to support the wrestler Navid Afkari, who was executed in Iran in 2020.

In October, the Iranian boxer Omid Ahmadi Safa reached the World Kickboxing championship final in Italy, but he never showed up to compete for the gold medal.

Instead, he too fled the team hotel in fear of his life, after taking a selfie video that showed him standing next to the Israeli team and their flag in what appears to be a gathering of all teams on a field.

In subsequent media interviews, Safa has explained the situation and revealed that he is now being pressured to return home to Iran. He is currently seeking asylum in Europe.

In the same month, according to Iranian media reporting, the Iranian chess grandmaster Mohammad Amin Tabatabaei was forced to withdraw from the Abbey Blitz tournament in Latvia to avoid playing an Israeli opponent.

For many years, it has been an open secret in international sports circles that the Iranian government won’t allow its athletes to compete against Israelis.

But in September, Iran’s Supreme Leader made the regime’s position much clearer.

Speaking in a televised media conference, Khamenei said, “That’s why I ask you and dear sports officials and athletes, don’t be ashamed. They will continue fighting us. So, it is the duty of our Ministry of Sports, Foreign Ministry, and legal channels to support our athletes.

“We can’t let our athletes compete with athletes of a murderous regime for the sake of a medal.”

The mother of Navid Afkari, the wrestling star executed by the Iranian government, says her family still has “no peace” over a year since her son’s death. Navid’s mother (left) stands by Navid’s grave in March 2021 in Shiraz, Iran.

In 2020, the Iranian government executed the wrestler Afkari. He was found guilty of murder, although his family and human rights campaigners argue that his trial was a sham.

Since then, an increasing number of athletes have found the courage to speak out against the pressure and intimidation they are facing. Through the United for Navid campaign, they also now have a means to tell their stories to the world.

On two separate occasions, CNN has reached out to the Iranian government for comment on the treatment of Afkari, the politicization of sport and the alleged discrimination of athletes. CNN has yet to receive a response.

The International Olympic Committee proudly claims to protect its athletes through its ‘Olympic Charter,’ but it has been made aware of the abuses these athletes are suffering.

This year, the United for Navid campaign has sent multiple files of case studies to the IOC.

In response to CNN, the IOC says it is in “regular contact with the National Olympic Committee (NOC) of Iran on this matter,” adding that the committee has been assured Iran is “committed to fully complying with the Olympic Charter.”

The IOC told CNN: “To the best of our knowledge, there was no breach of the principle of non-discrimination by athletes representing Iran during the Olympic Games Tokyo 2020.”

The IOC also says it has written to Iran’s NOC to express concern about the Supreme Leader’s recent comments on athlete participation: “The IOC has urged the Iranian NOC to clarify the situation and asked for reassurances that the NOC will still operate in accordance with the Olympic Charter as per its obligations and we received such assurances in a letter from them.”

‘Tears of my dad’

Based on their testimonies, however, the athletes would strongly disagree.

Assadollahzadeh proudly travelled to Norway for an international competition and the chance to make his country and his family proud.

A month later, he was being processed at a refugee camp in Germany, before returning to seek asylum in Norway. All because of a gaudy T-shirt, he is now facing a very uncertain future.

It pains Assadollahzadeh that he doesn’t know when he will be reunited with his wife and says it’s unlikely that he will see either his country or his family ever again.

A sudden, unexpected, gut-punch like that would be unthinkable to most people and certainly to international athletes.

Assadollahzadeh wrestled with his emotions and concluded, “The Islamic Republic regime is forcefully trying to get the athletes involved in politics.

“I ask the International Olympic Committee and all related organizations to help Iranian athletes and not be okay with these athletes being forced to stay away from their country, their home, just because they are faced with no other choice but to leave.

“I am very, very, very unhappy at the fact that I may never see my family again. It is very painful for me. It is very difficult for me to put it in words.”

He might not have the words, but he will never forget the impact on his family. His father started crying when they spoke on the phone, “It was the first time in my life that I saw the tears of my dad.” 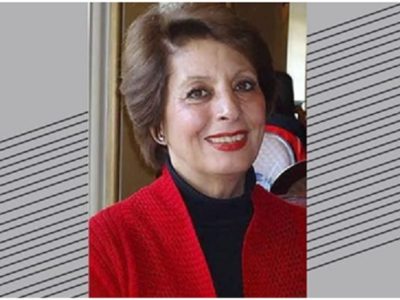 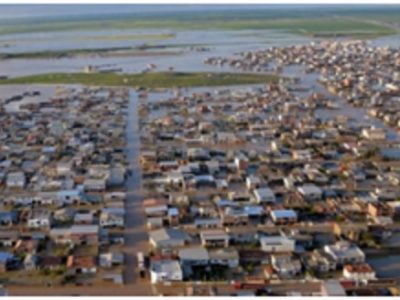 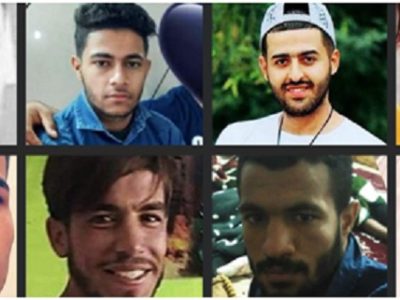