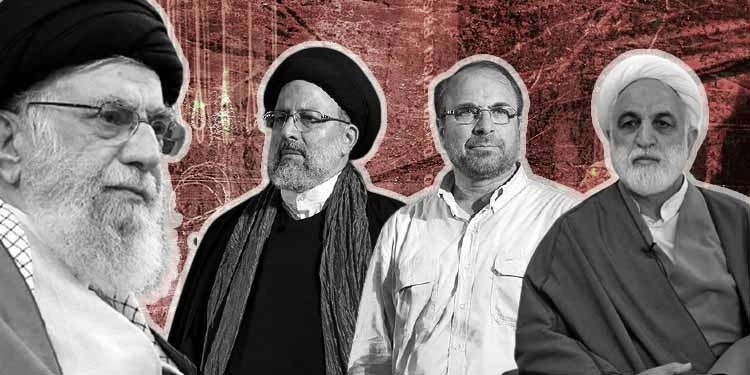 Negotiations to revive the 2015 Iran nuclear deal resumed in Vienna on Monday despite an uptick in the Islamic Republic’s malign activities. Earlier this month, Iranian forces seized an oil tanker in the Gulf of Oman and conducted comprehensive military exercises, showcasing various military assets including suicide drones like that used in the attempted assassination of Iraqi prime minister Mustafa al-Khadimi.

Mohammad Eslami, the new head of Iran’s Atomic Energy Organization, recently boasted that the country had acquired even larger stockpiles of highly enriched uranium than the International Atomic Energy Agency had estimated in its most recent quarterly report. Iranian president Ebrahim Raisi surely appointed Eslami to the post on the understanding that he would antagonize Western adversaries and undermine the nuclear deal. He is only one of many appointees who embody the ultra-hardline stance of Iran’s new presidential administration.

Raisi’s own reputation and conduct make it extremely difficult to take seriously the announced return to nuclear talks. While some American policymakers are eager to take the proceedings in Vienna as a sign of the new administration’s cooperative tendencies, most know better. They have seen this before, and they know what the outcome will be.

Over 14 years in the U.S. Congress, I saw countless instances of Iranian officials receiving praise for their moderation only to later follow their hardline predecessors in threatening Western interests, undermining global security and violently repressing their own people. Most of my former colleagues have long since abandoned the notion that Iran’s behavior will change through the efforts of its own officials, and realized that such change is much more likely to come from pro-democracy activist groups within Iranian society.

At a Washington conference on Iran last month, former vice president Mike Pence identified some possible sources of change. He described Raisi’s appointment to the presidency as having been “intended to quash internal dissent and intimidate the people of Iran into remaining silent.” But he also noted that the choice of such an openly hardline leader is “a sign of the regime’s growing desperation and vulnerability” and its need to accelerate crackdowns on dissent.

As VP Pence stated, “one of the biggest lies the ruling regime has sold the world is that there is no alternative to the status quo. But there is an alternative—a well-organized, fully prepared, perfectly qualified and popularly supported alternative called the MEK.” Pence described the leader of this opposition movement, Mrs. Maryam Rajavi, as “an extraordinary woman” and “an inspiration to the world.” Pence is right. I dealt with this movement firsthand during my years in Congress, and I have personally met Mrs. Rajavi. It is time for America to invest in true partners in Iran, instead of pleading with the regime’s unpopular figureheads.

In January 2018, the Islamic Republic was rocked by a nationwide uprising that encompassed well over 100 cities and towns. Nearly 200 localities took part in another uprising in November 2019, and both movements featured slogans that condemned regime-approved “reformist” and “principlist” politicians as two sides of the same coin. Although the COVID-19 pandemic has since helped to keep a lid on large-scale unrest, Maryam Rajavi, who also addressed last month’s conference, has predicted that the era of the Raisi administration will be defined by an unprecedented increase in “hostility and enmity” between the Iranian regime and its people.

That “hostility and enmity” was on full display in the very election that brought Raisi to power in June 2021, as well as in the previous year’s parliamentary elections. The Iranian people conducted widespread electoral boycotts to show their dissatisfaction with Tehran’s hand-picked politicians.

By some accounts, less than 10 percent of Iran’s eligible voters actually cast votes for Raisi. Most avoided the sham process altogether while some deliberately submitted invalid ballots. The boycott reflected the same desire for change that had defined prior uprisings, but was further motivated by recognition of the leading candidate’s record of violating human rights and suppressing dissent. Raisi had a role in the massacre of 30,000 political prisoners in 1988 and in a crackdown on the 2019 uprising that killed at least 1,500 peaceful protesters.

As domestic conflict emerges in Iran, the international community will have to be prepared to take sides. Much of the world will look to the United States to demonstrate leadership in this regard. The U.S. should waste no time to show support for the Iranian people as they work to consolidate the legacy of the 2018 and 2019 uprisings, as well as the recent electoral boycotts.

Raisi’s past actions are clearly grounds for further sanctions on the Islamic Republic in general, and on the president in particular. They may also be grounds for prosecution at the International Criminal Court, in the event that the United Nations finally conducts a suitable investigation into 1988. The U.S. is in a strong position to take the lead on both issues.

The Western participants in the Iran nuclear deal recently met in Washington and reported having newfound confidence in their unity over Iran policy. Sadly, that unity will be wasted if it is solely directed toward negotiating with the Raisi administration in a futile attempt to foster moderate impulses within the current regime. Assertive policies from without, and pro-democracy pressure from within, are the only hope for wringing change from the Iranian government. Our goal should be to inspire the Iranian people to change that government, once and for all, from dictatorship to democracy.

Judge Ted Poe represented the Second district of Texas in the U.S. House of Representatives from 2005 to 2019 and is the former chairman of the Subcommittee on Terrorism, Nonproliferation, and Trade in the House Foreign Affairs Committee. 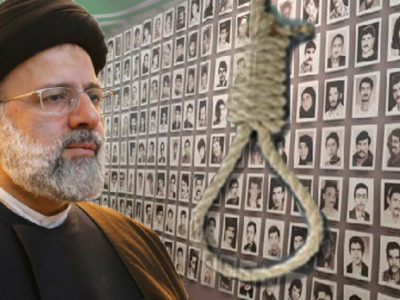