Huffington Post, 22 Nov 2012 – There are various pressing issues for the second term of the US president Barack Obama. Right on the top of these challenges, Iran’s nuclear program will dominate his foreign policy agenda.
The stakes are clear; Iran, “the most active state sponsor of terrorism”, equipped with nuclear arms is unacceptable.
The western leaders have all stated publicly yet in different tones that Iran must not be allowed to acquire nuclear weapons and that the world should do everything in its power to stop the Iranian regime going nuclear.
Several UN Security Council resolutions demanding Iran to stop its uranium enrichment testify to the fact that even the Russians and the Chinese realize the seriousness of the matter if the Iranian regime were to master nuclear capability.
The world powers know what they do not want to happen, however, the real question has always been what can be done to prevent the worst scenario from happening.

The main focus during the last decade has been to negotiate and talk the Iranian regime to abandon its suspicious nuclear program. The European Union, UK, France and Germany initially headed this policy branded more famously as the policy of “Carrots and Stick”.
Since Barack Obama moved to the White House, the United States moved to the driver-sit in the negotiations with Iran and the diplomatic efforts to achieve a satisfactory outcome.
The West spared no incentives or measures in its attempt to secure a diplomatic solution to the nuclear issue including the unjustifiable designation of the main Iranian opposition to the ruling theocracy in Tehran, the People’s Mojahedin Organization of Iran (PMOI). Yet there is no positive sign to show that such generous political “benevolence” and “goodwill” gestures towards the Iranian regime bore fruit.
In reality the Tehran-regime is racing zealously towards a nuclear weapon seizing the opportunities offered by the perceived endless negotiations.

When the Iranian Resistance revealed the Iranian regime’s clandestine nuclear program in 2002, the regime had not built the underground site Fordo and had not started to enrich uranium to 20%. One decade later they have completed the underground site, expanded dramatically the number of its centrifuges and stockpiled worrying amounts of 20 percent and possibly higher rates of enriched uranium.
This alarming failure has forced the West to grab the stick tighter while offering more carrots. Since last year, the EU and the US have started to impose increasing harsh economic sanctions on Iran. However, according to experts and diplomats the Iranian regime is less than a year from a nuclear weapon and it would be too late for Iran rulers to reverse the course.
The failure to neutralize the Iranian nuclear threat through the “Carrots and Stick” policy is obvious.
The later the West acknowledges this reality, the closer Iran becomes to acquiring nuclear weapons. Suggesting a military solution to deal with Iranian nuclear threat would be disastrous and have unintended consequences. A military intervention would rapidly grow into a regional war and hence chaos, a blossoming platform for the Iranian regime’s malign expansionist policy and fundamentalist ideology.
A thorough cost-benefit analysis of the past failure and future options show that the most viable answer to neutralizing the Iranian nuclear threat lays in the hands of the Iranian people and in their yearning for democracy, freedom and rule of law.

A solution termed “the Third Option” presented many years ago by the President-elect of the National Council of Resistance of Iran, Mrs. Maryam Rajavi. Simply put, it rejects the appeasement policy and war as two fatal non-options while the only realistic solution is democratic change by the Iranian people and their organized Resistance movement.
Faced with multiple serious crises at home and abroad, the Iranian regime is not capable of settling the nuclear issue with the International Community, even if the sanction pressure mounts. Adding to the Iranian regime’s headache is the Iranian Resistance’s successful political and legal campaign to get rid of the unlawful terror designation that had thwarted its efforts to realize the Iranian people’s democratic aspiration for more than a decade.
The correct policy for the West that would defuse the Iranian nuclear threat is indeed to stand on the right side of history and support the Iranian people’s aspiration for a nuclear-free, democratic and secular Iran that is in peace with its neighbors and respects gender equality and the rights of religious and ethnic minorities.
The western leaders should unequivocally support the Iranian Resistance’s efforts to bring about the change that ultimately would benefit everyone, the Iranian people, the people in the region and the wider world. This is the only solution if the West genuinely seeks to prevent a nuclear-armed theocratic dictatorship terrorizing our world. 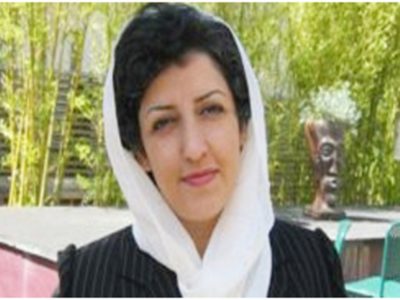