WASHINGTON (AFP)— The US Senate is urging Iran to free jailed leaders of the Bahai faith and recommending sanctions against officials in the Islamic Republic over treatment of the religion’s followers.

In a resolution approved by voice vote late Thursday, the Senate said it “condemns the government of Iran for its state-sponsored persecution of its Bahai minority and its continued violation of the International Covenants on Human Rights.”

The Bahais, whose faith was founded in Iran two centuries ago, have faced persecution both before and after the 1979 Islamic revolution. The clerical regime bars Bahais from higher education and government posts.

The resolution urged Iran to free seven Bahai leaders given 20-year prison terms in 2010 on charges that included “spying” for Israel. The Bahai global headquarters, which predates the Jewish state’s 1948 creation, is in Haifa.

The Senate urged President Barack Obama’s administration to “sanction officials of the government of Iran and other individuals directly responsible for egregious human rights violations in Iran, including against the Bahai community.”

Obama in September 2010 announced that the United States would freeze assets of Iranian officials over human rights violations and took action against eight of them, largely over the crackdown on opposition protests a year earlier.

The Obama administration’s chief focus, however, has been on halting Iran’s nuclear program, which critics of Tehran say is aimed at building a nuclear bomb.

Senator Dick Durbin, the second-highest ranking Senate Democrat, said Friday it was “past time for the state-sponsored religious persecution of the Bahais in Iran to come to an end.”

The office of Republican Senator Mark Kirk, a chief sponsor of the resolution, said in a statement that the vote “sends a strong message that the US will hold the Iranian government accountable for violating the basic human rights of its people.”

Kirk and Durbin represent Illinois, where the Bahais have a major house of worship.

The Bahais consider Bahaullah, born in 1817, to be the latest prophet sent by God. They believe in the spiritual unity of all religions and humanity, including equality between men and women.

There are more than seven million Bahais worldwide, including 300,000 in Iran, community leaders say.
http://www.iranfocus.com/en/index.php?option=com_content&view=article&id=24891:us-senate-urges-iran-to-free-bahai-leaders&catid=5:human-rights&Itemid=27 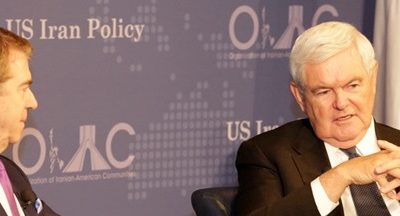 On Iran: Former US House Speaker and Presidential Candidate 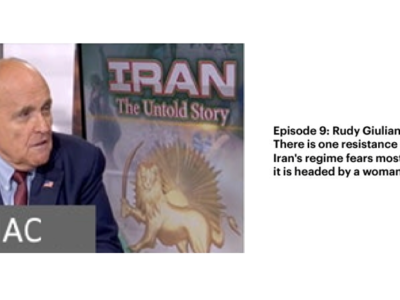