Baghdad, 3 September 2013 (unami.unmissions.org) – 24 hours after the tragic events that took place in Camp Ashraf, a UNAMI delegation led by the Deputy Special Representative of the United Nations Secretary-General (DSRSG), Mr. Gyorgy Busztin, and including UNAMI Chief of Human Rights and of Medical Sections, conducted a visit to the camp yesterday, where they met separately with the camp’s surviving residents and the commander of Diyala’s Police.

Inside the camp, the delegation witnessed 52 bodies in a makeshift morgue. All the deceased appeared to have suffered gunshot wounds, the majority of them in the head and the upper body, and several with their hands tied. The delegation also saw several damaged buildings, including one burnt, and was shown quantities of explosives.

The delegation was informed by the camp’s residents that seven persons were still missing.

After UNAMI’s mediation between the Iraqi authorities and the camp’s residents, the latter agreed to allow Iraqi ambulances to transport the bodies of the deceased to the morgue in Baquba. The Chief of Human Rights Office and other members of the delegation remained in Camp Ashraf for further monitoring.

Reiterating his previous statement, the UN Envoy expressed his outrage at the brutal killing of the camp’s residents. Mr. Busztin took note of the statement issued by the Government of Iraq announcing it has initiated its own investigation into the tragic events and acknowledging its responsibility for the safety of the camp’s residents. “I call on the Iraqi government to ensure that a thorough, impartial and transparent investigation into this atrocious crime is conducted without delay and that the results of the investigation are made public”, he said.

Underscoring the utmost volatility of the situation, as Camp Ashraf does not provide an adequate level of security for its residents, Mr. Busztin affirmed that “until the camps residents are relocated to safety, all measures must be taken to protect their lives”. 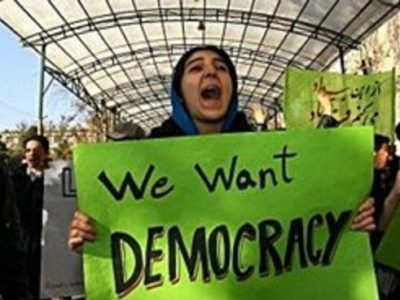 The Iranian people want democracy, not clerical rule or a monarchy

Who should stand up to the mullahs?