Prominent human rights defender Narges Mohammadi was recently taken from Evin Prison to a hospital in Tehran where she was told she needed urgent treatment for several issues but was instead returned to her cell, the Center for Human Rights in Iran (CHRI) has learned.

“She was taken to the hospital after becoming ill the previous Saturday [April 20, 2019],” her husband Taghi Rahmani told CHRI via a phone interview on May 1. “The doctors believe that her uterus should be removed and said she should remain under supervision in the hospital for a few days in order to make the best diagnosis. But the prison authorities did not approve her stay.”

“After taking images of her lungs three or four months ago, the doctors noticed a growth that could pose a danger,” added Rahmani, who lives in France with their two children. “They recommended hospitalization for more tests, but that has also been denied by the authorities.”

Rahmani also told CHRI that his wife is prone to seizures.

“She developed this illness during her time in prison and sometimes it causes her to get seizures,” he said. “During the years, it has been controlled will pills.”

Political prisoners in Iran, including elderly inmates, are singled out for harsh treatment, which often includes denial of medical care. The threat of withheld medical care has also been used as an intimidation tool against prisoners who have challenged the authorities or filed complaints.

Rahmani added that he is waiting to see how the new Tehran prosecutor, Ali Alghasi-Mehr, will handle her case.

“These one-day dispatches to the hospital are not helpful and in fact, they make Narges and her family more worried,” said her husband.

“The patient is taken to the hospital, the doctor makes an incomplete diagnosis and there’s not enough time to decide on a treatment and then she’s taken back to prison without anything being done,” he added.

“We declare that we shall take other steps in protest if the authorities of the Islamic Republic of Iran fail to act and further endanger our health for which they will be responsible for any consequences,” they wrote.

For engaging in peaceful activism, Mohammadi has been serving a 16-year prison sentence since 2015 for the charges of “membership in the [now banned] Defenders of Human Rights Center,” “assembly and collusion against national security,” and one year for “propaganda against the state.” She will be eligible for release after serving 10 years.

Zaghari-Ratcliffe, a former employee of the Thomson Reuters Foundation, has been serving a five-year prison sentence since April 2016 for unspecified espionage charges. 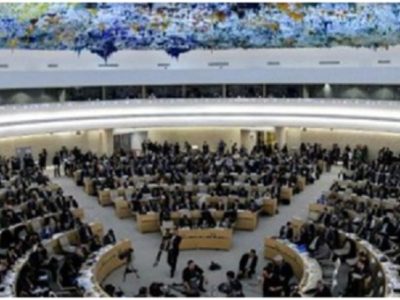 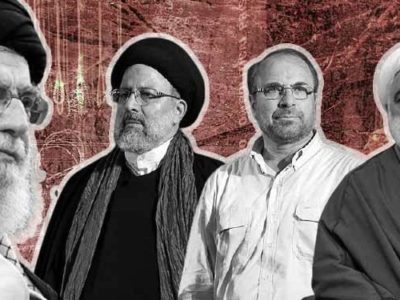