Embassy Row: ‘Hour is late’ Washington Times Warning the White House that the “hour is late,” more than 200 members of Congress are urging President Obama to extend sanctions on Iran to cover two key companies that act as “proxies” for the Islamic Revolutionary Guard Corps, the stormtroopers for Iran’s theocratic regime.

The lawmakers called for sanctions against the National Iranian Oil Co. and the National Iranian Tanker Co., which, they said, help Iran evade international sanctions against its oil industry. They said the oil company “provides significant support” for the Guard Corps, which has evolved from an elite military unit formed to protect the 1979 Iranian revolution into a multbillion-dollar business enterprise that helps fund Iran’s nuclear program. The tanker company, which owns a fleet of ships, employs “deceptive practices” to try to hide the vessels by sailing under the flags of other countries, renaming the ships or transferring ownership to front companies, the lawmakers said. “Now is the time to take forceful steps to further intensify pressure on the Iranian regime. Mr. President, the hour is late,” said the letter written by Rep. Ileana Ros-Lehtinen, Florida Republican and chairwoman of the House Foreign Affairs Committee. The letter followed congressional approval last week of the “Iran Threat Reduction and Syria Human Rights Act,” which was sent to the White House for Mr. Obama’s signature. Rep. Carolyn McCarthy, New York Democrat, said the bill would impose the “strongest set of sanctions ever enacted to isolate any country with which the United States was not in armed hostilities.” ‘People are Watching’ Members of Congress are calling on Secretary of State Hillary Rodham Clinton to put more pressure on the Iraqi government to provide humane treatment for more than 3,500 disarmed Iranian dissidents being forced into a cramped camp that lacks proper sanitation and other facilities to accommodate such a large population. Seventy-nine members of Congress last week wrote to Mrs. Clinton to complain about the “current dreadful living conditions in Camp Liberty” for members of the Mujahedeen-e-Khalq. They reminded the State Department that the U.S. has a special responsibility for the former rebels after transferring them to the custody of the Iraqi government, which is drawing closer to Iran. The State Department is also under a court order to provide justification for keeping the rebels on the U.S. terrorist list, nine years after the rebels surrendered their arms to U.S. forces after the overthrow of Saddam Hussein. “What a shame to use the word ‘liberty’ in what is essentially a prison,” Rep. Ileana Ros Ros-Lehtinen, Florida Republican, said in a video message to Iranian-Americans last week at a bipartisan Capitol Hill rally for the Iranian dissidents. Rep. John Lewis, a renowned civil rights leader in the 1960s, told the group that he got up at 4 a.m. and took a flight from Atlanta to Washington to attend the rally. “I wanted to be here and say to you [that] you must never give up,” the Georgia Democrat said. “During the days when I was a few pounds lighter, I got arrested on freedom rides, for marching. Got arrested 40 times. Jailed. Beaten. We didn’t give in.” 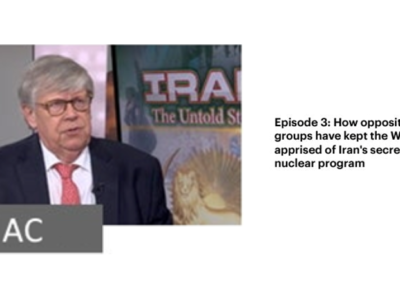