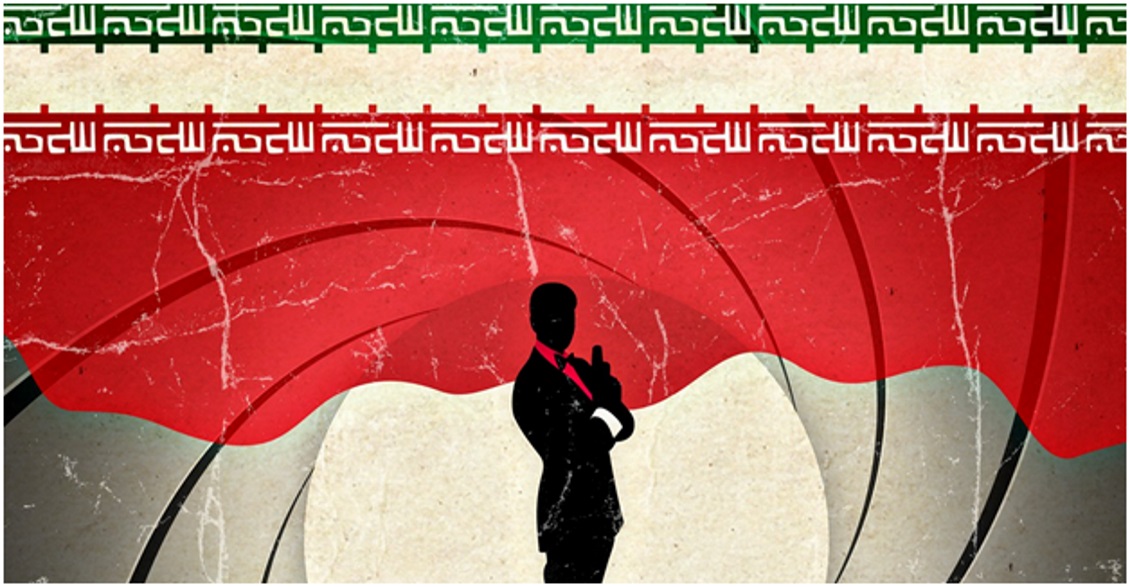 The recent Executive Order affecting immigration by citizens of seven Muslim-majority countries has prompted fierce discussion from all quarters, including arguments on who does or does not actually endanger the national security of the United States. As we wait to see how that debate plays out in the weeks and months ahead, there is a sense that we may be closing the proverbial barn door after the horse has run.

Some believe that there are people already in the US, whose words and deeds on behalf of foreign powers critically threaten America and its allies. Iran is one of the countries named in the President’s Executive Action. It goes without saying that the Islamic Republic of Iran remains the number one state sponsor of terrorism.

However, more fundamentally, some think that the focus should also be on the threat coming from a well-knit group and gilded circle of the Islamic Republic of Iran’s operatives or lobbyists, who are determined to cajole, prod and persuade US policy-makers into believing that appeasement and a soft touch is the only peaceful means to contain the top state sponsor of terrorism.

Many argue that some of Iran’s lobbyists work in plain sight and had access to top officials at the White House and State Department; they lobbied for the lifting of sanctions against the Islamic Republic, top state sponsor of terrorism, and subsequently lifting of sanctions against Iran’s Revolutionary Guards Corp (IRGC), while demonizing Iranian-Americans who called for firmness against Iran’s ruling clerics and ayatollahs.

In addition, some ask, although the US law, the lobbying disclosure act, requires anyone who is lobbying and gaining money to register for the sake of transparency, how come some of pro-Iran lobbyists appear to have managed to ignore the law?

On the other hand, others believe that another category of Iran’s lobbyists or operatives act less conspicuously and they are now ensconced in almost every critical sector of the American society including academic, universities, and non-academic arenas such as think tanks. Ali, a policy analyst, pointed out that “They have their work cut out for them”, adding that this category include some of the former regime insiders.

As Frank Figliuzzi, the former assistant director for counterintelligence for the FBI, previously told Bloomberg ‘We have intelligence and cases indicating that US universities are indeed a target of foreign intelligence services.’

Many believe that no one can, with any credibility, defend their paymasters’ export of terrorism, military adventurism, meddling in other countries’ affairs, vicious abuses of human rights or persecution of religious and ethnic minorities. Over the years, Iran’s Ministry of Intelligence has developed sophisticated modus operandi, whereby its advocates first acknowledge, whether grudgingly or with all sorts of excuses about “cultural differences” or “Western preconceptions,” the ruling regime’s antipathy to democratic freedoms.

Cutting to the chase, it seems that the lobbyists and advocates for the Islamic Republic, next dismiss anyone suggesting the US should respond to this appalling conduct with firmness as a warmonger. But nobody appears to want, or ask for, armed conflict with Iran, so that is not an option.

It also seems that the way to improve Iran’s behavior, according to them, is to make nice – ignore the regional meddling, human rights abuses, arrests of activists and journalists, abuse of Sunni, Baha’is and other religious minorities, and mass executions. Offer incentives to entice the mullahs to stop enabling Assad’s carnage in Syria, or halt their supply of arms to Hezbollah, or cease test-firing missiles. But that has not worked, any reasonable observer will interject. Why not study other options?

There are none, those talking heads appear to insist. There is no popular opposition, they appear to say, and the organized resistance to the regime, the National Council of Resistance of Iran (NCRI) and its main component, the Mujahedin-e Khalq (MEK), is demonized as cult-like.

Let’s take a closer look. It seems that to its discredit, the Obama administration listened to the Islamic Republic of Iran’s lobbyists and bought the “no popular opposition” part, which explains why it was so surprised and then stood silent when in 2009 millions of Iranians took to the streets and called for the theocracy’s overthrow.

US policy-makers watched helplessly with the rest of the world as unarmed protesters were killed. It appeared that that massive popular movement was an expression of the overwhelming sentiment of Iran’s people, coalescing in the NCRI, which serves as the parliament-in-exile from its headquarters outside Paris.

The NCRI’s main component, the MEK, has been described by bi-partisan majorities in the House of Representatives and a significant number of Senators as “a legitimate resistance movement,” and “a prominent anti-fundamentalist organization adhering to a tolerant Islam,” and “a major player in confronting this ominous phenomenon and terrorism emanating from it.”

The longest-standing political coalition in Iran’s history (36 years), the NCRI’s annual convention is regularly attended by leading bi-partisan political, military and diplomatic officials from around the world, who speak to crowds of mostly Iranian-exiles exceeding 100,000.

As far back as 2001, nearly three-dozen Senators wrote: “US policy should reach out to those working to establish a democratic and pluralistic system in the country. In this context, support for the democratic goals of the National Council of Resistance of Iran and its President-elect, Maryam Rajavi, whose objectives are supported by the majority of Iranians, can contribute to peace, human rights and regional stability.”

Why haven’t our policy-makers listened? Some who ask the question believe that this is because some of those superficial and so-called Iran experts and scholars – subtle, often sophisticated, well- heeled and well trained – who are likely working for the Islamic Republic of Iran and Iran’s Intelligence Ministry have been spoon-feeding them the Iranian regime’s gruel.

They add that they can ill-afford to allow their presence among them, and in particular their access to our politicians and officials. And finally, they believe that Iranian agents pose a real and present danger and they should be dealt with swiftly and decisively.
________________________
Dr. Majid Rafizadeh, an Iranian-American political scientist, is president of the International American Council. Harvard-educated, Dr. Rafizadeh serves on the board of Harvard International Review at Harvard University. He is also a member of the Gulf project at Columbia University. Rafizadeh served as a senior fellow at Nonviolence International Organization based in Washington DC. He has been a recipient of several scholarships and fellowship including from Oxford University, Annenberg University, University of California Santa Barbara, and Fulbright Teaching program. He served as ambassador for the National Iranian-American Council based in Washington DC, conducted research at Woodrow Wilson International Center for Scholars, and taught at University of California Santa Barbara through Fulbright Teaching Scholarship. He can be reached at Dr.rafizadeh@post.harvard.edu, @Dr_Rafizadeh.

Will diplomacy solve the Iran-US imbroglio?