Iran’s Current Crisis – And Its Next One

The Islamic Republic is profoundly sick – and getting sicker. Since the global outbreak of coronavirus in recent weeks, Iran has emerged as one of the countries hardest hit by the pandemic. Today, it ranks sixth in the world for the number of reported cases of the disease. Yet there is good reason to believe that the true scope of the country’s crisis as yet remains largely unreported.

The number of official coronavirus cases in Iran hovers at close to 25,000, according to The Johns Hopkins University’s comprehensive database on the subject. However, health professionals say, that figure is actually a gross underestimation. “If you look at the numbers… 80 percent of those infected with coronavirus have light symptoms and only about 15 percent go to the hospital,” one expert recently explained Radio Free Europe/Radio Liberty. “Therefore, the figures that are being released only represent about 20 percent of the reality of the society.” That would put the real number of COVID-19 cases in the Islamic Republic at close to 125,000 – and rising.

The regime is also grossly underplaying its casualty count, observers say. The country’s death toll from the disease, according to authorities, is now near 1,700. The U.S. government’s Radio Farda service, however, estimated on March 21st that the figure already tops 2,200. The National Council of Resistance of Iran, meanwhile, puts the number at much higher; the Iranian opposition group has gauged that the coronavirus death toll has now risen to 10,500, spread out over more than two hundred cities throughout the Islamic Republic.

Even that grisly tally, however, could be dwarfed by what some predict will happen. A simulation recently conducted at Tehran’s Sharif University of Technology, one of the country’s most respected institutions of higher learning, resulted in a series of increasingly grim forecasts. Under the “best case scenario” envisioned by the researchers – one in which the Iranian population is placed under strict quarantine – the number of casualties would reach in excess of 12,000. Such a state of affairs, however, isn’t likely, and the more probable course is one in which the crisis drags on until late Spring and claims as many as 3.5 million lives.

But Iran’s outbreak isn’t contained within its borders. Increasingly, Iran’s neighbors and strategic partners are becoming sick as a result of the Islamic Republic’s health crisis. Some 16 countries now have cases of COVID-19 that they claim originated in Iran, among them neighboring Afghanistan, Iraq and Azerbaijan, and allied Lebanon and Qatar.

Iran’s leaders, of course, are not admitting their role in any of this. Regime officials have remained largely silent about the true nature of their government’s lackluster coronavirus response, even as they have so far failed to put in place measures – like substantive curbs on citizen mobility – that would slow the spread of the disease. Instead, they have preferred to pin the blame for the crisis on foreign sources.

To that end, Iran’s clerical army, the Islamic Revolutionary Guard Corps, has launched a propaganda offensive aimed at characterizing the health emergency as the work of the country’s main enemies: Israel and the United States. State television channels have peddled the notion that the disease is an “ethnic weapon” designed specifically against the Iranian people. The country’s Supreme Leader, Ali Khamenei, has scoffed at offers of humanitarian assistance from the United States, based on the notion that the pandemic has its roots in America. And many Iranian officials have taken to blaming U.S. sanctions for their current dire straits.

Ordinary Iranians, however, have a much better understanding where the roots of the crisis really lie. Their numerous posts on social media platforms like Twitter and Instagram make clear that they view the true cause of their country’s predicament as local in nature: a product of the protracted malaise and decline that has come to define life under clerical rule. Their outrage, moreover, will only grow as more and more become aware that their regime misappropriated some $1 billion in international coronavirus aid intended to help ordinary citizens in recent days.

All that, in turn, suggests that if Iran manages to weather its current health crisis, it will face another, more fundamental one about the political direction of the country in the near future. 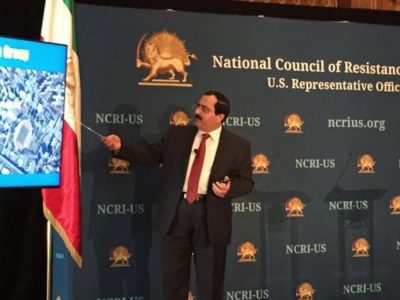 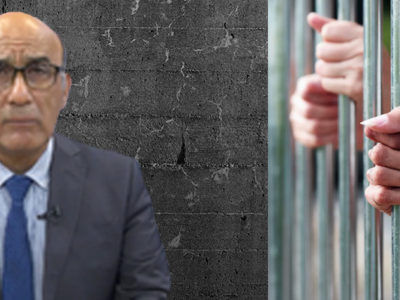