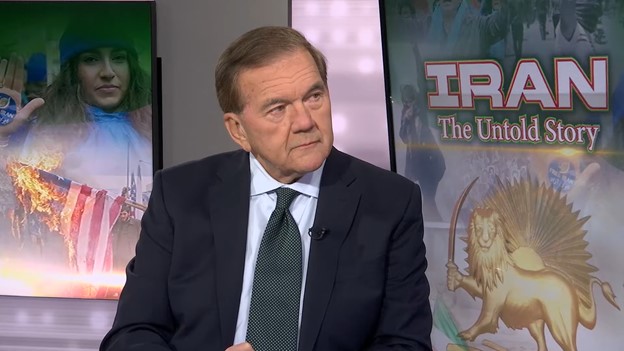 BUCK SEXTON:      Welcome to our series, Iran: The Untold Story, and our continuing look at the main Iranian opposition group. This week, we examine the growing international support for the MEK and NCRI.

At its giant Paris rallies, and at demonstrations around the globe, the MEK and NCRI have become an international presence, advocating for democracy and change in Iran.

John Baird, former foreign minister of Canada: “We come together to support the people of Iran in their great struggle.”

They organize street protests in the US, Brussels, Paris, Berlin, London, Warsaw, and Toronto, always calling for freedom in Iran.

Many observers consider the National Council of Resistance of Iran as having established itself as a formidable alterative to the Iranian regime, initiating diplomatic and international efforts.

Its international standing began decades ago, in Paris, when the NCRI leader tried to negotiate an end to the Iran-Iraq War.

Massoud Rajavi: “I requested from the President of Iraq to stop bombing against our cities and innocent civilians. Now, we have a solution for this war in our hands.”

Struan Stevenson, former member of the European Parliament: “They are well organized, and they have a 10-point manifesto that I would be proud as a western politician to stand under.”

Today, with its modern 10-point plan calling for legitimate elections in Iran, separation of church and state, gender equality, abolition of the death penalty and Sharia law, and the rule of law, the NCRI is winning support in capitals around the globe.

As a host of international leaders made clear at a recent “Free Iran” Summit in Poland, support for a change in Iran is growing.

Senator Robert Torricelli: “We have hoped for the best for 40 years. And they have answered us with terrorism, oppression and death. There is no negotiating with this regime. The regime must end. Now!”

SEXTON:  We’re joined now by Governor Tom Ridge, the former Congressman and Governor of Pennsylvania. He’s also the first Secretary of the U.S. Department of Homeland Security. Governor ridge, great to have you here, thank you so much.

RIDGE:  Nice to join you.

RIDGE: Well, the short answer is no. I thought it was somewhat naïve back then, if I look in the rearview mirror, President Clinton suggesting you could extend a goodwill gesture to an autocratic regime that took hostages out of our embassy, kept them for 400 and something days, and then since that hostage taking has overseen a reign of terror and oppression against opposition groups, particularly the MEK. And the other thing that I remind everybody is that as Secretary of Homeland Security on a day to day basis I got briefings that lasted for several years, written briefings, oral briefings. Not one day, not one page, not one mention of MEK as a terrorist organization and that’s what the briefings were really focused on. And the irony was, was that President Clinton put the organization on the Foreign Terrorist Organization list and Secretary Clinton couldn’t possibly sustain it. The only reason she withdrew the designation is the court said demonstrate, demonstrate it, how and why they should be on the list. She was unable to do it, so naïve from the start, wrong, and I didn’t have any interaction with them as Secretary of Homeland Security where I saw in any manner, shape or form, that this government thought they were adverse and operating adverse to American interests or taking action against American citizens anywhere.

RIDGE:  Well, thank you, I think it’s a very important question. But I’m not the only that’s been in public service that has embraced the notion that this is an organization worthy of not only our personal support but the support of the government. Give you a couple reasons. One, they were improperly designated as a terrorist organization way back when. Secondly, have come to know and appreciate the service of a lot of men who worked with them when they were in Iraq. And they’ll tell you firsthand that they were responsible, the MEK saved a lot of lives, were an important source of information. Thirdly, when we as a government took their weapons away from them when they were in Iraq, their ability to defend themselves as an organization, we promised to provide protections to them under the Geneva Convention and we failed to provide those protections either from some sources within Iraq who looked the other way when Iranian forces lobbed mortars in, actually kidnapped a few of them. So for me it was there was a long list of things, improper designation, their support of us, of our military while we were there, our fact we gave our word to protect them and we failed until more recently to provide that kind of support. So, I’m proud to join frankly a list of rather substantial list of men and women, public sector, Republicans and Democrats, religious leaders, diplomatic leaders =

SEXTON:  And where is the international support for the MEK =

SEXTON:  Is that support growing? Do they have supporters in Europe? Are there other allied governments of ours where the MEK is finding a sympathetic ear?

RIDGE: Yeah, Buck, every year they normally have a meeting in Paris, and the list of individuals from multiple countries around Africa, Europe, and the Middle East continues to grow and grow as they recognize that this is an alternative to the theocracy, the very repressive authoritarian regime in Iran. So the list of international support continues to grow day by day and it’s very significant.

SEXTON:  What do you see from the leadership of the MEK and their history of resistance against the Iranian autocrats that is encouraging to you? Why is this group ideologically effective and why are they the ones that you think have had the greatest impact and obviously are the ones that agitate the mullahs the most?

RIDGE:  Well, it’s interesting, the last part of your question is probably the most significant signal that they are an alternative to the Iranian regime. Since the early ‘80s, this regime has probably has murdered an excess of 100,000 MEK members and supporters. I think in 1988 Amnesty International said that they had massacred over 30,000. Since that time they continue to imprison, torture, murder. They hang members publicly to remind the opposition, remind the rest of the Iranian community that this is a threat to the theocracy that exists there. The Minister of Intelligence Services announced proudly that they just arrested a bunch of several MEK units of rebellion. They just hung a young man, I think it was 34, 35 years, in May because he was a supporter. So if you want to understand why the international community has embraced this organization because they see it as the mullahs do, as Khamenei does and as Rouhani does, as an alternative, potential democratic alternative to the regime.

SEXTON:  The Iranian regime has also hunted down MEK members outside of Iran and the Middle East, right? This has been a global effort to stamp out this MEK resistance movement.

RIDGE:  Yes, they have. Matter of fact, there was I think in both Belgium and in France and other locations around the globe there have been some attempted assassinations globally. The fact of the matter is, is that this is an alternative to the regime. The regime understands, does everything they can internally to discourage it. They’ve been unable to do so. And there’s such discipline, and we talk about the vision and their leadership and the organization, but there’s one other quality that I think all of us admire about this group: their resiliency. I mean they continue to stand up for freedom, for liberty, for democracy, even though 100,000 plus members of the organization and supporters have been assassinated, even though there are these attempts day in and day out to pull these individuals out, hang them publicly or throw them in jail. That speaks a lot to who they are but I think we’ve got to talk about the resiliency. They stand up for what they believe in.

SEXTON:  What about other alternatives that are out there? Are there any that are viable, relatives of the Shah that are in exile, groups similar to but not the same as the MEK in terms of their mission, is there an alternative resistance group that has the same gravitas?

RIDGE: I don’t think so, Buck. I think clearly the people of Iran have said, well, we’re not interested in a regime similar to the Shah’s, we’re not interested in theocracy, this very authoritarian rule. I think they’ve demonstrated for the past 30 years nearly that they’re interested in selecting their own leaders and around the NCRI and around the MEK a regime that embraces democracy, that is non-nuclear, that is much more tolerant of both political and religious expression, that’s what they want. They’re looking to the future. The Shah is the past, the theocracy is the past. They want a democracy and they’ve been writing that commitment in blood since the early ‘80s.

SEXTON:  For years you were receiving government briefings at the very highest level when it comes to national security. Do you have any faith, do you have any real hope that the Iranian regime as it stands now will bend to U.S. demands, will bring itself fully into the international community, essentially will change its essence and the nature of what it is?

RIDGE: Well, I think the only way they will be embraced by the broader community is if at some point in time the regime in place now that is totalitarian, that is repressive, that is the number one exporter of terrorism globally, is replaced. And the only viable democratic opposition presently is the MEK. Their international group is NCRI, as I’m sure you probably reported. But I think the change has to come from within, it has to be indigenous, and it’s quite obvious that this organization is not going away. So, I think continued sanctions are important. I also think it would be a good move if this administration would recognize the NCRI, recognize the MEK, as a democratic alternative to the regime that exists. But I think it has to be an internal, internal change in the way that America and the rest of the global community can support it and encourage it if one continued economic sanctions, and elevate the visibility, the political visibility and the credibility of the NCRI and the MEK.

SEXTON: Governor, really appreciate your time. Thanks for sharing your expertise today.

RIDGE: Buck, nice to be with you.

SEXTON:  Next time on Iran: The Untold Story, we profile Maryam Rajavi, the president-elect of the National Council of Resistance of Iran. I hope you’ll join us. 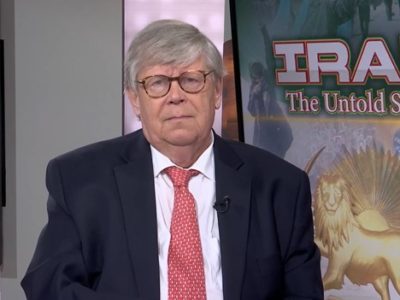