May 20, 2019 – Iran must end the cruel and unlawful imprisonment of Maryam Akbari-Monfared, who has already served nearly 10 years on baseless charges and should have been eligible for release last year, and free her immediately, the Center for Human Rights in Iran (CHRI) and Justice for Iran (JFI) said in a joint statement today.

Not only were the charges against Akbari-Monfared never substantiated, but under Iran’s New Penal Code, her conviction should have been overturned. Even if she had been convicted of new charges again, she would have been eligible for release in 2017, the two organizations noted, but the Iranian judiciary refuses to enforce the law.

“For almost 10 years Maryam Akbari-Monfared has languished behind bars for a conviction that even Iran’s own laws say should have been thrown out. The whim of a judge should not overrule the laws of the land,” said Hadi Ghaemi, CHRI’s executive director.

“As her judge himself has confirmed, she is paying such an immense price not for her actions but merely for the fact that her relatives have been members of an opposition group. This is a crystal-clear case of collective punishment and an outrageous breach of the principle of individual criminal responsibility recognized in both the Iranian legal system and international law,” said Shadi Sadr, JFI’s executive director.

Akbari-Monfared was originally tried on charges of supporting the banned Mojahedin-e Khalgh organization (or MEK, also known as MKO and PMOI) and convicted in May 2010 of the offence of “waging war against God” (moharebeh) which belongs to the category of hodud offences with fixed and serious punishments under Islamic Shari’a.

Her conviction was based solely on the fact that she had made phone calls to her relatives, who are members of MEK, and had visited them once in Iraq. She has always denied being a member or follower of MEK and there was no evidence to prove otherwise.

She was sentenced by the notoriously hardline Judge Abolghasem Salavati of Branch 15 of the Revolutionary Court in Tehran to 15 years in prison. In August 2010, her sentence was upheld by Iran’s Supreme Court. She has been jailed ever since her initial arrest on December 29, 2009.

Under Iran’s New Penal Code, Charge Would Have Been Thrown Out

Akbari-Monfared’s conviction was issued under the old Penal Code, which was replaced by the New Penal Code in 2013. Under Article 186 of the old code, any member or supporter of an organization that sought to overthrow the Islamic Republic by taking up arms was considered a mohareb, even if they did not personally take part in the military activities of the organization.

In the New Penal Code, enacted in 2013, Article 186 of the old code was repealed and replaced with several Articles, including 279 and 287. These new provisions adopted a significantly more restrictive scope for the traditional crime of moharebeh, limiting it to situations where the individual is either a member of an armed group or personally takes up arms. It was no longer applicable to supporters of such organizations and thus would not apply to the act of making contact with members of such organizations or showing personal support for their views.

As a result, if tried under the New Penal Code, Akbari-Monfared would not have been convicted of the offence of moharebeh, since visiting relatives in the Ashraf camp in Iraq (where her family members were located) is not evidence of being a member or follower of the MEK.

In addition, according to Article 10 of the same code, this type of change to the law—i.e. when a new law comes into effect and is more favorable to the defendant—should also have retroactive effect, applying to all those who were already convicted. As such, Akbari-Monfared should have been acquitted and released from prison immediately.

In early 2016, Akbari-Monfared submitted a request from prison for a judicial review of her case (e’adeh dadresi) to the Supreme Court, arguing that according to Articles 10 and 279 of the New Penal Code, her conviction should be overturned. The Supreme Court rejected the request for review in April 2016.

Yet the Supreme Court referred to Article 10 of the New Penal Code and stated that she could apply to the court of first instance to reduce or commute her sentence on the ground that a new law has come into effect, which is more favorable to the defendant. Following this ruling, Akbari-Monfared’s case was returned to Branch 15 of the Revolutionary Court in Tehran.

In complete disregard for the Supreme Court’s decision and the legal obligation under Article 10 of the New Penal Code, Judge Salavati refused to make any change to her sentence and maintained the original verdict, while providing no argument or justification. Had the court followed the law and the ruling of Supreme Court, Akbari-Monfared’s conviction for the offence of moharebeh should not have stood. It should have been replaced either with an acquittal or conviction for a less serious offence.

Eligible for Release since 2017, According to Iranian Law

In the event that the judicial review of her case resulted in a conviction and the court refused to acquit her, the conviction would have been of a less serious offence, from the different category of ta’zir offences. Under these offenses, she might be given a more lenient penalty and shorter term, for example, no more than five years under Article 499.

In any event, she would not have received a sentence as harsh as the one she originally received for the moharebeh conviction. At most, if she was given the same 15-year sentence, it would mean that she would already have been eligible for conditional release. According to Article 58 of the New Penal Code, if sentenced to more than 10 years of imprisonment for a ta’zir offence, the convicted person shall be eligible for conditional release after serving half of the term.

Under Iranian law, her pre-trail detention and the time she has spent in prison prior to her conviction also count towards her total imprisonment term. Thus, in Akbari-Monfared’s case, even in the unlikely event that the current 15-year sentence was issued again as a ta’zir punishment, she would have been eligible for conditional release after 7.5 years—and could have been released as early as June 2017.

Denial of Medical Care and Furlough throughout Her Imprisonment

Akbari-Monfared has received harsh and punitive treatment throughout her imprisonment. The authorities have not granted her any medical leave, despite serious thyroid and other medical issues that require treatment. Nor has she ever received a single day of furlough (temporary leave traditionally granted to Iranian prisoners for familial occasions).

According to Akbari-Monfared’s husband, Hassan Jafari, repeated requests for medical furlough and the posting of a deposit to secure it have remained unanswered. In a September 2017 interview with CHRI he stated, “In 2014, we left a 1.15 billion tomans (then $362,000 USD) security deposit as demanded for the furlough, but so far nothing has happened. They won’t grant her furlough and they won’t tell us why. They just say the Intelligence Ministry or the prosecutor is against granting her furlough.”

Punitive treatment is standard fare for political prisoners in Iran, especially those who remain outspoken regarding their unjust imprisonment or the inhumane conditions of their incarceration.

In open letters from prison, Akbari-Monfared has protested both the routine denial of medical care for political prisoners in Iran, and also the extra-judicial executions of her siblings.

Akbari-Monfared’s four siblings were executed in the 1980s for allegedly engaging in political opposition. In an October 2016 open letter, Akbari-Monfared demanded a judicial inquiry into the execution of her siblings and the locations where they were buried.

“Three of my brothers and one of my sisters were executed in prison in the 1980s,” she wrote. “My youngest brother, Abdolreza Akbari-Monfared, was executed in 1980. He was only a 17-year-old high school student when he was arrested. He was charged with distributing MEK literature. Although he was sentenced to only three years in prison, he was incarcerated until his execution in the summer of 1988 along with scores of other prisoners.”

In 1988, thousands of prisoners, primarily MEK supporters but also other prisoners, were secretly executed in mass hangings, by “death commissions” that were established by then Supreme Leader and Islamic Republic founder Ayatollah Ruhollah Khomeini. There has never been any accounting for those mass murders and any investigation into or mourning of their victims is forbidden. 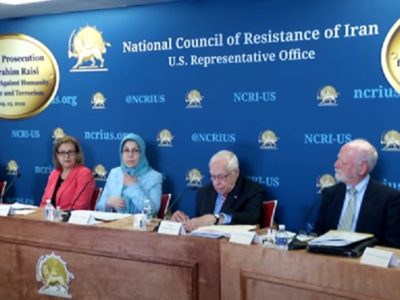 Iran exiles sue President Raisi in US ahead of UN meet 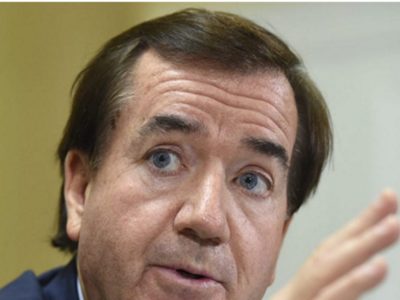