Today, thousands of Iranians gathered across the UN to present a truly different image of Iran: democratic, peaceful, and humane. Meanwhile, the Islamic Republic emissary Hassan Rouhani once again used the UN pedestal to shower praise on Tehran’s ruling clerics. Many observers believe that Rouhani’s stale slogans smacked of desperation and pretence.

Isolated and generally regarded as a pariah, the Islamic Republic’s familiar figures try to stick to the same plot and project an image of a powerful and rational player.

Brush aside the forced rhetoric and the unappealing truth reveals itself: according to Amnesty International, this is a political establishment that has hanged over 3,000 people under Rouhani alone, securing the world record for the highest number of executions per capita. Dozens of juveniles are among the victims, securing another record: the world’s last remaining executioner of children. If Iran’s electoral system examined closely, it becomes clear that Rouhani does not appear to represent the Iranian people. In addition, his cabinet is comprised of veteran intelligence and security forces with dark pasts. For example, this includes his justice minister, Alireza Avayi, who was the Revolutionary Public prosecutor at the time when the massacre of thousands of opponents in 1988 occurred. Rouhani’s former justice minister, Mostafa Pourmohammadi was on the “death committee” for these executions and recently pointed out that he was proud to have carried out “God’s commandment” in 1988 against activists of the Mujahedin-e Khalq (MEK), the leading opposition. 30,000 political prisoners were killed in the massacre.

Tehran’s regional policy is no better, with military and missile budgets skyrocketing under Rouhani, leading to belligerent agenda in Syria, Yemen, Iraq and other hotspots in the region. No wonder that overwhelming majority of the Iranian people want a new Iran, freefrom a political establishment that diverts their wealth and scarce resources towards suppression, missiles and terrorism.

As President Trump said in his address to the General Assembly this week, the Islamic Republic’s main victims are the Iranian people.

“The entire world understands that the good people of Iran want change,” he said. 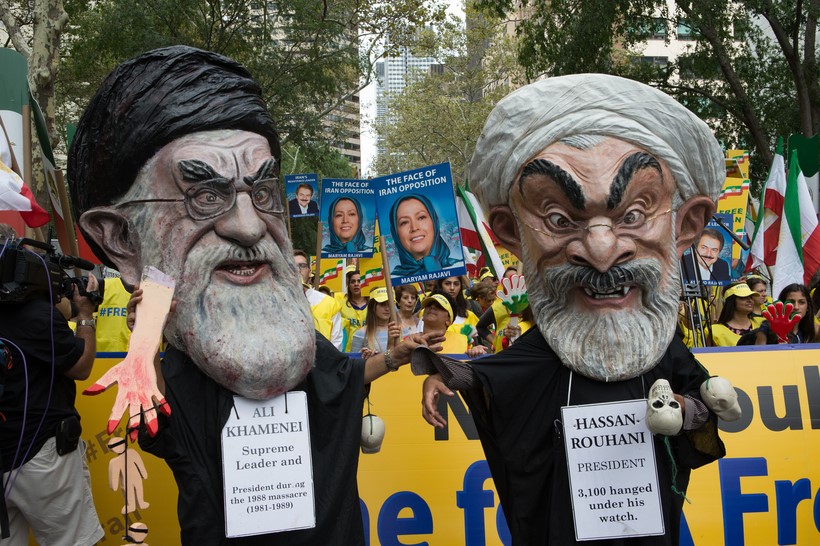 And, “change” was the message echoed by thousands of Iranian-Americans and their supporters who gathered across from the UN to protest against Rouhani’s presence on Wednesday. They called for democratic change by the Iranian people and their organized opposition movement, the National Council of Resistance of Iran (NCRI). The protestors pointed to at least 11,000 recorded protests inside Iran over the past year as a sign of the Iranian people’s preparedness to implement democratic change. A powerful message was delivered by NCRI’s President-elect Maryam Rajavi, who said, “It is time for the world community, especially western countries to end appeasing the mullahs’ regime. Any diplomatic and commercial relations with the regime must be conditioned on a halt in torture and executions.” 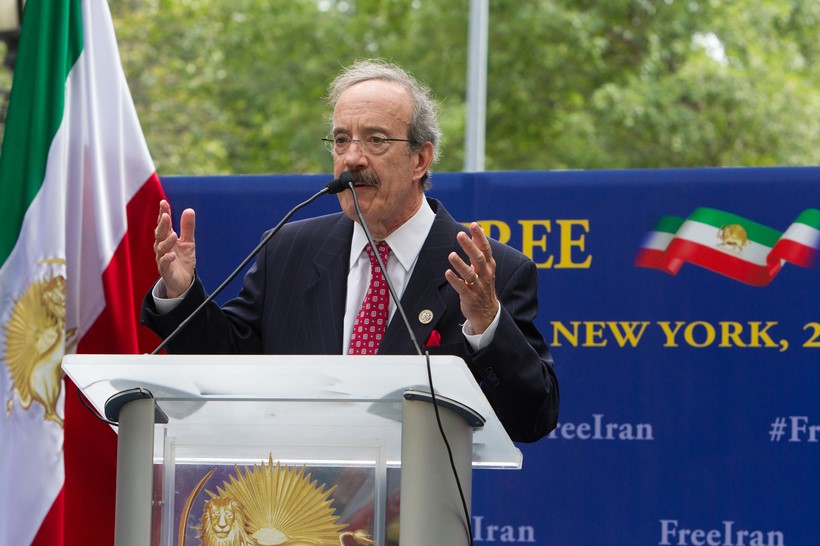 Congressman Engel said, “change can come from within,” adding, “There are many young people in who have only known oppression.” He stressed, “I want to pledge to you that I will work with all my colleagues on both sides of the aisle, work with all the government officials, keep the pressure on the regime.” Senator Lieberman called for investigations into the 1988 massacre and said, “It’s time for a truth commission in Iran the way there was a truth commission in South Africa after the end of apartheid.” “The safest way to guarantee peace internationally, peace in the Middle East, peace for the people of Iran, is to overthrow this regime and have a free and fair election,” Mr. Bolton said 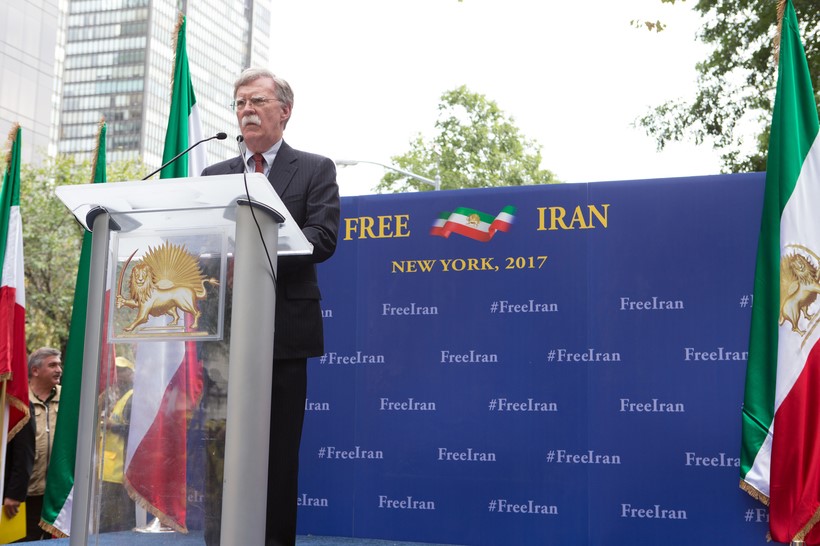 A moving memorial to the victims of the 1988 massacre was also on display at the rally.

Many of the suspected mass graves in Iran as a result of the massacre remain undiscovered. Tens of thousands of families are demanding answers. The international community should break the silence over the 1988 massacre.

Washington should lead the way. The first step is to establish an independent probe into the massacre.

More broadly, as part of a new policy that rejects both appeasement and war, the U.S. should support the people and organized opposition of Iran towards the ultimate goal of democratic change. A new Iran shines on the horizon. It shone brightly in New York on Wednesday. Let’s hope it is shining just as bright for the White House.

President of the International American Council and Board Member of the US-Middle East Chamber of Business and Commerce and Harvard IR. 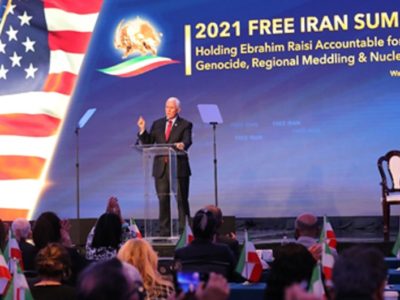