On Wednesday November 7, the mullahs’ inhuman regime hanged 15 people in Tehran, Shiraz and Zarand. Ten of those were executed in an appalling mass execution in Tehran, four in Shiraz and one in Zarand (Mehr and Fars News agencies of the Ministry of Intelligence and Revolutionary Guards). Thus, since October 22nd six mass executions were carried out. Prior to this, 13 prisoners in Gohardasht prison (October 22 and 23), three in Ghazvin (October 24), and eight prisoners in Evin prison (October 31) had been executed. The number of executions since the beginning of the year has thus reached to at least 373. The news of many secret executions and political prisoners, who are exterminated, never leaks out of the prisons.

The clerical regime, faced with sanctions, economic collapse, intensifying internal power struggle and increasing abhorrence of the Iranian people, has resorted to increased suppression and spread of mass executions in order to intensify the climate of intimidation and fear, and to prevent public outrage to explode. The mullahs’ regime is trying to speed up the execution of 1000 prisoners on death row by sending a death panel to Gohardasht prison.
The Iranian resistance calls upon all international bodies and human rights organizations to urgently act to stop the appalling human rights violations and increasing number of mass executions, which is a prime case of crimes against humanity, and demands the dispatch of a fact finding mission about the medieval prisons and cowardly and inhumane punishments.

Secretariat of the National Council of Resistance of Iran
November 7, 2012

Previous « Iran:Political prisoner, Sattar Beheshti, a brave blogger, killed under the torture of the mullahs’ regime henchmen
Next Iran: Twenty one executions in two days » 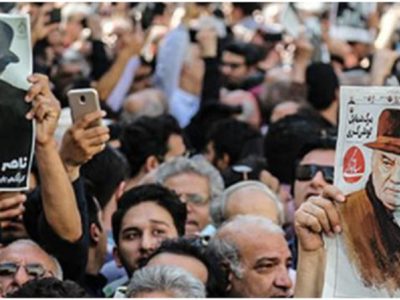