DUBAI, United Arab Emirates, April 20 (UPI) — Iran has been building up its submarine fleet for the last decade, adding mainly indigenously built small boats armed with torpedoes and mines that make them ideal platforms to carry out Tehran’s threat to close the Strait of Hormuz, the gateway to the Persian Gulf.

Accurate data on the Islamic Republic’s underwater fleet, the only one in the gulf region, are hard to come by but Western analysts estimate the Iranian navy and the more powerful naval arm of the Revolutionary Guards Corps operate around 20 submarines.

Most of these have been built by the state-owned Defense Industries Organization, a conglomeration of defense companies controlled by the Revolutionary Guards and that supervises all military production, research and development.

The submarines are seen as a danger to international tanker traffic, which ships one-fifth of the world’s oil supplies through the narrow strait every day, and to Western warships if Iran carries out its threat to close Hormuz if its oil exports are blocked.

U.S. military planners must factor in the Iranian submarine threat as the Americans, spearheaded by the U.S. Navy 5th Fleet based in Bahrain, square off for possible conflict with Iran over its contentious nuclear program.

“The Iranians would not have acquired so many submarines if they did not think they would come in handy,” U.S. defense analyst Scott Charney observed in an April 9 assessment of Iranian submarine capabilities.

“Thanks to these undersea craft, the regime in Tehran may have developed the ability to dominate its neighbors and ward off attack from faraway powers even as most of the foreign policy community has been chasing the specter of nuclear weapons.”

The Iranian sub fleet is led by three Russian-built Type 877EKM Kilo class, diesel-electric boats delivered in 1991-96 and capable of crippling U.S. warships. But these subs are built for long-range, blue-water operations outside the gulf.

They operate primarily in the Arabian Sea and Indian Ocean, although in July 2011 at least one Kilo, possibly two, deployed to the Red Sea, a key shipping lane. It was believed to be the first such deployment, and suggested the Iranians were prepared to operate at greater range then they have so far.

The Kilos, heavily outnumbered by U.S. naval and air power in the gulf region, are midway through their 30-year operational cycle and badly need refits.

These are based at Bandar Abbas, headquarters of the guards’ naval wing but they also have pens at Jask, on the Arabian Sea coast east of the Strait of Hormuz.

The bulk of the fleet consists of Iran’s midget subs. There are at least 12 Ghadir class boats, named after Ghadir Khumm, a Shiite Muslim holy site and unveiled in 2007.

The last two of these 120-ton boats were handed over to the regular navy in February. Iranian officials say these 92-foot craft can fire torpedoes and anti-ship missiles and are specifically designed for the gulf’s shallow waters.

The latest addition is a Nahang class vessel, the first of a new type of sub currently under construction at the main Bandar Abbas navy base in the southern gulf.

The 76-foot, 350-400 ton Nahang — Farsi for “Whale” — is said to be able to evade detection by radar. An unknown number of vessels of this class are expected to be produced.

The next class planned is the diesel-electric Qaaem, the lead ship of which is under construction by the DIO at Bandar Abbas.

The Iranians announced the start of production in August 2008. Officials describe this as “semi-heavy” sub of 1,000-plus tons deadweight capable of launching torpedoes and missiles.

“The Iranians seem to be seeking to bridge the gap between the midget subs and the Kilos by constructing what they call ‘semi-heavy’ subs of the Qaaem and/or Fatah class, with more possibly to come,” Charney observed.

“Such submarines, if successful could complement the Kilos at first and eventually supplant them when the larger submarines reach the end of their service lives …

“In the case of conflict with the United States, the Iranians could not win per se but this is where deterrence comes into play,” Charney noted.

“Before being overwhelmed and destroyed, Iranian submarines could sink one or more American ships and/or submarines, resulting in unacceptable casualties for the United States. This strategy is behind most of Iran’s recent military moves.”
Recommended Storieshttp://www.iranfocus.com/en/index.php?option=com_content&view=article&id=25035:iran-builds-submarine-force-in-persian-gulf-face-off&catid=4:iran-general&Itemid=26 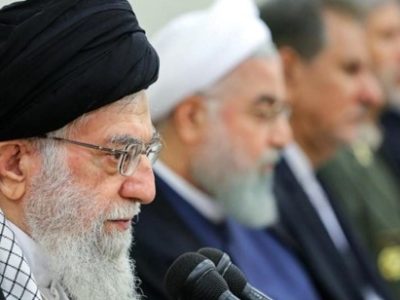 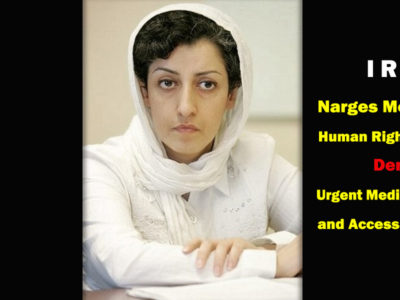