NCRI – On 27 October, the Secretary of State Hillary Clinton was at a Congressional hearing  of Foreign Affairs Committee of US Congress. Several Members asked about the situation of Camp Ashraf and the delay in delising of the People’s Mojahedin Organization of Iran from the FTO list.

Here is part of  Congressional hearing :

Chairwoman Ileana Ros-Lehtinen: Many members including the ranking member and I had sought the administration’s commitment to securing their protection given the Iraqi government’s repeated failure to comply with its international human rights obligations to the Camp Ashraf residents and in light of President Obama’s announcement of the final withdraw of American troops from Iraq, we need to be confident that our administration is engaged with the government of Iraq, the UN High Commissioner for Refugees, and others to ensure the welfare of Camp Ashraf residents and to resolve their long-term security goals.

Secretary Clinton: With respect to Camp Ashraf, which we deeply are concerned about, we know that there is an ongoing and very legitimate expression of concern. We have elicited written assurances from government of Iraq that it will treat Ashraf residents humanely, that it will not transfer the residents to a country that they may have reasons to fear. And we are pushing very hard to get the United Nations High Commission on Refugees to work with residents of Camp Ashraf and Government to get them to a safe place.
…
Rep. Sherman: I think many of us saw this ad about Camp Ashraf featuring a 14-year-old girl who fears extermination. We face a tough circumstance and that we are withdrawing from Iraq. In the past there have been some will say massacre but at least terrible instances in which tens of people have been killed. And there are press reports that the Iraqi officials say well don’t worry about it too much after all these folks are on the US terrorist list. What are we doing to assure that when we leave Iraq we will not see the massacre of 3400 people at Camp Ashraf? And how is it going on the court-ordered review on whether the MEK should be on the terrorist list?

Secretary Clinton: On those points in particular congressman in accordance with the DC circuit’s 2010 ruling, State Department is reviewing the designation. There will be a decision, It has to be done expeditiously but thoroughly and we hope to have such a decision in the future. I would add that the current designation does not pose a bar to the resettlement of Ashraf residents in Europe. And the humanitarian situation at Ashraf in our opinion is also not related to the MEK’s designation. And I think it’s also important to recognize that, you know, we need to do as much as we can to move as many people out of the camp before the end of the year and we are trying to do that. We are working primarily through the United Nations and certainly with both the residence of Ashraf and the government of Iraq to try to put in place a very rapid assessment of individuals and we have urged the EU and other countries to favorably consider the resettling of any Ashraf resident granted refugee status because we want to shrink the numbers as best we can.

…
Rep. Rohrabacher: You stated that we are going to do as much as we can in terms of Camp Ashraf. You’re not doing as much as you can. It’s been 500 days since the court has ordered us to reconsider this terrorist designation and that should be plenty of time to understand what the issues are. And other people around the world now have determined that they don’t put them on the terrorist list. So we are not doing as much as we can. And I would hope that you take that up and do as much is you can to ensure there’s not another massacre of people there that we could have prevented.  Let’s note that we have officially requested the State Department for information about the the Camp Ashraf massacre. Do you intend to comply with that request as we’ve been told the State Department will or are you backtracking from a commitment?

Secretary Clinton: Congressman, we will provide that what information we can to you.

Rep. Rohrabacher: We can sounds like the operative words of how to get out of answering a question.  You obviously have the records of your own department. Are you going to provided it?  You have a request from Congress you agreed to do it.  And will to comply with that request?

Secretary Clinton:  We certainly will comply with the request.

Secretary Clinton:  But I cannot tell you what will be in the reply that is the provocation of my answer.

Judge Poe: Thank you Madam Secretary, thank you Madam Chair. I will try to make this to the point.
Last time you and I talked in this very room, we talked about the safety of camp Ashraf. That was in March and then later in April, Iraqi soldiers came in and killed people in Camp Ashraf. People disagree on how that occurred but people did that. Right now, on 31st [December] United States is leaving, I am not discussing that, but also on 31st, Maleki has made it clear that the camp is going to close. When we were in Iraq this summer, Chairman Rohrabacher, myself and others on this committee, we met with Maleki on the issue of Camp Ashraf. It got very heated. We wanted to go see the camp, he refused to let us see it. And later, we learned when we were flying around in a BlackHawk, that we have been invited to leave the country based upon that discussion with him. But the number one thing he said about the way Iraq treated Camp Ashraf was the US designation of the MEK.

He spent all of his time saying this is the reason they are treated the way they are because you, the United States, have designated them as a foreign terrorist organization.

My concern, first of all, is the safety of the people in Camp Ashraf when that 31st comes. They are in fear.  85 of those people some are Americans and the others of that 85 that are there among the 2000, are permanent residents of the US. So, my question is, what are we doing through the end to make sure they extend the deadline so the people can do what necessary through the UN to get out of Iraq and go somewhere in the world. And second, the long term issue of the MEK designation. I am encouraged by your words last night that you made regarding that. So, those are my two issues and my two questions to you Madam Secretary.

Secretary Clinton: Well, congressman, I can assure you that I am personally very focused on trying to make sure that we protect the safety of the residents of the camp. I, and our department and our administration strongly condemned the violence that led to the deaths. Regardless of how that happened, the fact is, you are right, 36 residents died because of the violence on April the 8th. We are monitoring the situation as closely as we can.

We see no evidence suggesting that there is any other imminent attack on Ashraf and we continue to urge the government of Iraq to show restraint. As I said earlier, we do have written assurances from the government of Iraq to treat the Ashraf residents humanely, to follow their international obligations which they have, as long as the residents remain in the country, and not to transfer anyone to any country where that person could be persecuted as a result of their political or religious beliefs. And so, we are trying to nail down as much as we can to provide some protective screen for the residents. We know that they have approached; that we have also pushed the UNHCR to have even more of a presence, to do more, to try to move as many of the status determinations as they can. So this is an area of deep concern to us and we are moving on many fronts and we are also going to move as expeditiously as possible to a final resolution on the designation.

Judge Poe: Do we have any time frame on the designation?

Secretary Clinton: I cannot be more specific than that congressman, as expeditiously as possible.

Judge Poe: Well, I just want to re-urge you and the administration to make sure that when December 31 comes, bad things do not happen to those good folks in Camp Ashraf.  And all of the politics, when you would set them aside, fulfill our obligations [just as we asked them] to put their weapons down as MEK, they did; and they get refugee and asylum status somewhere in the world but their safety is paramount. I’d just re-urge that Madam Secretary. 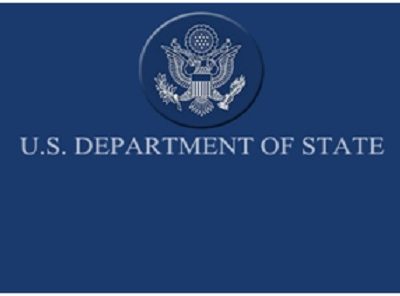