New Mexico Republican Rep. Yvette Herrell, and eight of her colleagues, sent a letter to the Department of Justice asking that it ferret out and prosecute any Americans who are secretly paid to parrot Tehran’s line

The U.S. government should investigate what is alleged to be a covert Iranian propaganda operation being run on American soil, according to a congressional request.

New Mexico Republican Rep. Yvette Herrell, and eight of her colleagues, sent a letter to the Department of Justice asking that it ferret out and prosecute any Americans who are secretly paid to parrot Tehran’s line to influence Biden administration policy and U.S. public opinion about the theocratic regime.

“Iran remains one of the biggest threats to the United States in the region. It is important we ensure they are not improperly using their money to influence politicians and thought leaders in our own government. Any influence used to soften America’s stands towards Iran threatens our national security. This is why I and my colleagues wrote this letter — to protect our national security and hold Iran accountable,” Herrell told Fox News.

Herrell’s warning comes after a Massachusetts political scientist, Kaveh Lotfolah Afrasiabi, was arrested and charged by federal prosecutors in January with acting and conspiring to act as an unregistered Iranian agent. The feds say that Afrasiabi portrayed himself as an objective Iranian expert in his media interviews and writings, including penning two opinion pieces on Iran for The New York Times, while authorities say he was actually on Tehran’s payroll to spread the pro-regime party line. He allegedly was paid “approximately $265,000” by Iran’s Mission to the United Nations as “a secret employee … who was being paid to spread their propaganda,” say the feds. He is charged with violating the Foreign Agents Registration Act (FARA.)

Herrell and the letter’s co-signers are calling on the Biden administration to create a special task force to “identify, track and arrest other Iranian Nationals who are in violation of FARA,” create a list of potential violations similar to the “FBI Most Wanted” list, establish an FBI office to focus on Iranian influence operations as well as “investigate and monitor groups, charities and think tanks that get funding from the U.S. government to ensure American taxpayer money does not directly or indirectly go to those who are Islamic Republic agents and lobbyists.”

“Iran is a sophisticated regime. They are seeking to influence the political process and even politicians to benefit their interests and harm our own interests. The Trump administration held Iran accountable for their actions and took their threats seriously. Any softening of our stance on Iran threatens our national security,” Herrell said.

“We are thrilled to learn about this letter,” said activist Bryan E. Leib, the executive director of Iranian Americans for Liberty. “Her letter sends a strong message that American lawmakers will not stand by as Iranian nationals continue to operate illegally on U.S. soil as unregistered agents of the Islamic Republic of Iran.”

Leib said that the Iranian regime has ramped up its influence operation as part of its efforts to push the Biden administration to rejoin the Iranian nuclear deal, relax sanctions and soften U.S. policy toward Tehran.

“Their ultimate goal is to neutralize the threat posed by the U.S., through sowing division, doubt and resentment,” Leib told Fox News. “The Islamic Republic’s chief weapon is terror and its favorite tactic is assassinations. They have made implicit and explicit threats to Iranian Americans for opposing them. The regime’s lobby has a long history of character assassination of Iranian Americans who oppose the regime.”

The recent report on election interference by the U.S. Director of National Intelligence said that the Iran regime engaged in a covert influence campaign, besides Russia, to sway the 2020 presidential contest. The report says Tehran’s goal was to target former President Trump “and to further its longstanding objectives by exacerbating divisions in the U.S., creating confusion, and undermining the legitimacy of U.S. elections and institutions.”

“We assess that Supreme Leader Ali Khamenei probably authorized Iran’s influence campaign and that it was a whole of government effort,” said the agency. “Tehran designed its campaign to attempt to influence U.S. policy toward Iran, distract U.S. leaders with domestic issues, and to amplify messages sympathetic to the Iranian regime.”

Leib said Iran’s message is one that Iranian Americans do not want to hear and U.S. policy makers should ignore.

“Americans should understand Iranians inside and outside of Iran are overwhelmingly sick and tired of this terror sponsoring regime in Iran,” he said. “Americans should know that, the vast majority of Iranian Americans are grateful immigrants who love and cherish the United States and the ideals of freedom and equality under law, because they had the unfortunate experience of living under the Islamic Republic.”

For his part, Afrasiabi has denied the allegations against him. In a statement to Fox News after his arrest, he said, “what I did under the U.N. norms was legal and transparent … and I had absolutely no clue that I was violating any U.S. law. I never engaged in any lobbying.”

He also explained that his “consulting role for Iran covered their international affairs and I never once deviated from my independent calling as a policy expert.”

But Leib and his group believe a wider federal effort will finally expose what Iran has really been up to.

“We are confident with an official investigation, more unregistered agents of the Islamic Regime will be identified. We expect appropriate measures will be taken, from prosecution all the way to expulsion, and rescinding of permanent residency status or citizenship to be pursued.” 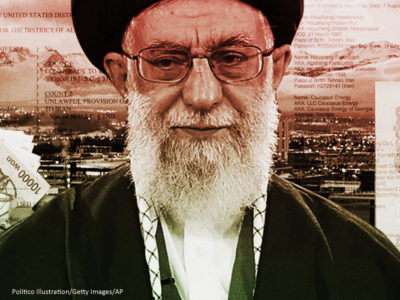 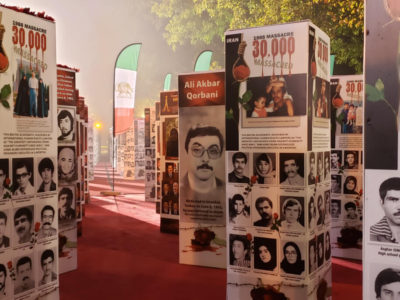 Attack on Amnesty International is an assault on the Justice Movement