What does President Biden think he will get out of a new nuclear deal with Iran?

A year ago, the answer seemed reasonably clear to the administration: Tehran had responded to Donald Trump’s decision to walk away from the original 2015 deal — known as the Joint Comprehensive Plan of Action, or J.C.P.O.A. — by enriching uranium to ever-higher levels of purity, bringing it increasingly close to a nuclear bomb, or at least the capability to build one quickly. Barring a new deal that put limits on enrichment, Iran seemed destined to cross the nuclear finish line sooner rather than later. Hence the urgency of a deal.

But today we live in a different world. It’s a world in which Russia and China — parties to both the J.C.P.O.A. and the current negotiations — are definitely not our well-wishers, and a world in which Saudi Arabia and the United Arab Emirates wouldn’t answer Joe Biden’s phone calls in the midst of the greatest geopolitical crisis of the 21st century. Maybe the administration needs to think through the broader implications of a new deal a little more carefully before it signs on again.

So far, that isn’t happening. The deal is said to be mostly finalized, barring last-minute haggling over whether the United States will remove the Iranian Revolutionary Guards Corps — which Washington has said is responsible for killing hundreds of Americans— from the list of sanctioned foreign terrorist organizations.

Asked earlier this month whether Russia’s invasion of Ukraine would affect the nuclear negotiations, Antony Blinken was definitive: “These things are totally different and are just, are not, in any way, linked together,” the secretary of state told Margaret Brennan of CBS.

But they are linked together, in ways large and small, tactical and strategic. The United States isn’t even negotiating directly with Tehran — the Iranians wouldn’t allow the Americans into the room, and the administration, incredibly, agreed — but is instead relying on its intermediaries.

And how are those intermediaries doing? “I am absolutely sincere in this regard when I say that Iran got much more than it could expect, much more,” Mikhail Ulyanov, the top Russian diplomat at the negotiations, said earlier this month in an interview. “Our Chinese friends were also very efficient and useful co-negotiators.”

Maybe Ulyanov was exaggerating. But with or without the deal, Moscow will be able to build nuclear power plants in Iran, irrespective of the sanctions over the war in Ukraine. And Beijing — which in 2021 signed a 25-year, $400 billion strategic partnership with Tehran — will be able to conduct a lucrative business in Iran with little concern for U.S. sanctions.

Combined with February’s “no limits” friendship pact between Vladimir Putin and Xi Jinping, an Iran deal represents another step toward a new antidemocratic Tripartite Pact

But what about the nuclear deal’s upside? Last year, Blinken promised an agreement that would be “longer and stronger,” hinting that it would seek to extend some of the J.C.P.O.A.’s sunset provisions that were set to expire in the next decade, as well as place limits on Iran’s testing of ballistic missiles.

It isn’t clear the new deal will meet either goal, but at a minimum it will likely extend Iran’s “breakout time” — the time it needs to acquire sufficient enriched uranium for a bomb — from as little as three weeks to about six months, establish an intrusive nuclear-inspection regime, give future diplomacy more time to work, and forestall, for now, a nuclear crisis in the Middle East while the world’s attention is engaged elsewhere.

This is not nothing, and — should the deal go through — the administration will work hard to make the case that this is a good-enough answer for a problem to which every other solution is worse. It will also stress that “all options are on the table” should Iran choose to go for a bomb.

Except nobody in the region seems to believe that line or any other U.S. security assurances — hence the phone call snub. Reaching a kick-the-can-down-the-road agreement may seem like a diplomatic victory to the State Department. But it’s a strategic defeat when it does little more than delay a crisis for the future in exchange for strengthening our adversaries in the present. Tehran attacked Iraq with ballistic missiles earlier this month and (through its Houthi proxies) launched missile and drone strikes on Abu Dhabi in January. What can Iran’s neighbors expect from it when its coffers are refreshed with tens of billions in oil revenues, free from sanctions?

Though the administration and its friends will fiercely deny it, the principal geopolitical challenge the United States faces today is the perception, shared by friends and foes alike, that we are weak — diffident, distracted and divided. The heroic resistance that Ukraine has put up against Russia, bolstered by American military aid and the power of our sanctions, has helped shift that perception, at least somewhat. But we are still far from achieving any kind of victory there, much less gaining the upper hand against the new axis of autocracy.

The Biden administration urgently needs to telegraph strength. An Iran deal that leaves us even weaker and meeker than the previous deal accomplishes the opposite at a moment when we can’t afford another reversal. 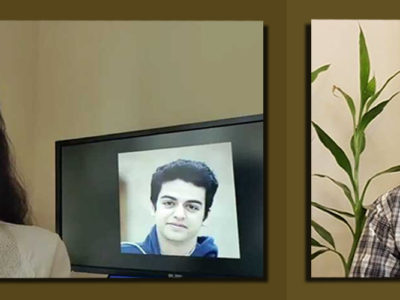 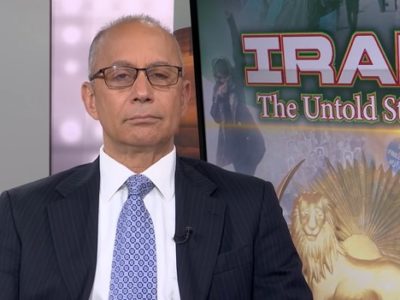